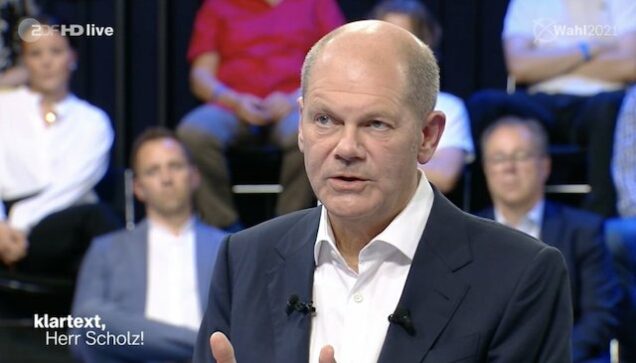 The leader of the Social Democratic Party, Olaf Scholz, announced today that he has a mandate to form a new German government with the Greens and Free Democratic Party (FDP) after winning the federal election.

The Social Democrats have secured 25.7% of the votes in the country, according to results revealed by the electoral commission.

Angela Merkel’s conservative bloc has gained only 24.1% of the votes – its worst result since the 1949 election.

In the meantime, the Greens came in third place with a reassuring 14.8% of the vote, followed by the Free Democratic Party and the Alternative for Germany party, with 11.5% and 10.3% respectively.