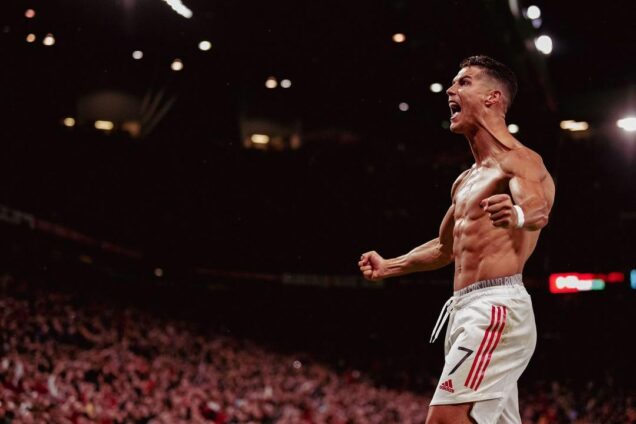 Cristiano Ronaldo scored a last-minute gasp at Old Trafford on Wednesday as Manchester United came back from a goal down to beat Villarreal in a champions league game.

The match was heading to a draw when Ronaldo struck on last minute of added time to steal the show once again.

The visitors silenced the raucous Old Trafford crowd by taking control of the game early on, with Arnaut Danjuma terrorising the United defence.

Diogo Dalot in particular struggled to stop the Dutchman in one-on-one duels, leading to numerous chances for the Europa League holders. His best effort came after ten minutes of play, when he cut inside the right-back, before curling an effort to the far post which was brilliantly tipped round the post by David de Gea.

The goal came for the visitors on 53 minutes, as Danjuma provided Paco Alcacer with a nice pass inside the box. It allowed him to finish with a precise effort into the bottom left corner.

United hit back seven minutes later from a free-kick.

Alex Telles got on the end of a cross from Bruno Fernandes and showed great technique to fire the ball into the back of the net. His effort from the edge of the box flied into the bottom right corner to make it 1-1.

Then Ronaldo got the second goal a fantastic manner.

He received a precise pass inside the box from Jesse Lingard and he beats the goalkeeper with a neat finish into the right side of the net.