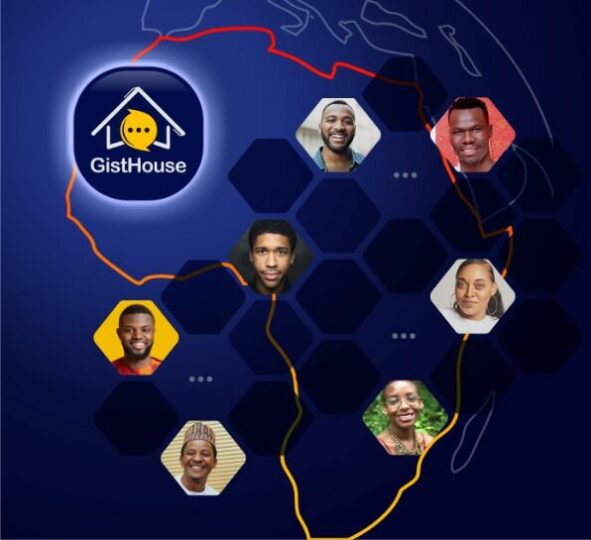 GistHouse, the afrocentric audio conversation community, has unveiled the MVP and Beta Version of its groundbreaking App, from its headquarters in the USA.

The release was made as the Gistcoin, the crowdfunding vehicle for the GistHouse Project, goes into public crowd sale today.

Dr. Ope Banwo, flanked by Segun Sega Awosanya, the GistHouse Director of Technical Services, and Vaughn Itemuagbor, the Chief Technical Officer, shared the screenshots of the app and the web links for Gisthouse enthusiasts to download the most valuable product (MVP) iteration of the new app.

Dr. Ope Banwo, the Founder and CEO, spoke about the vision of the new entrant into the audio conversation social media space.

‘GistHouse is the Afrocentric response to the growing audio conversation industry.

“The app not only builds upon the features already existing in first-generation audio apps like Clubhouse, Green Room, and Twitter Spaces, it actually takes the game to another level that will automatically allow users to maximize their conversations, gamify their communities and monetize their experience on the GistHouse audio gisting social media platform“, he said.

“What we have done is to take notes of most of the user frustrations on the few existing audio platforms, and built our whole ecosystem to solve those problems while also introducing new and exciting features that will make Gisthouse the go-to app on audio conversations all over the world.”

“GistHouse, unlike other apps in its genre, recognizes that YOU, the User, is the King and we have factored in many game-changing features to reward you for being an active user on our groundbreaking app.”