Fury, Wilder threaten to knockout each other in Saturday’s trilogy fight 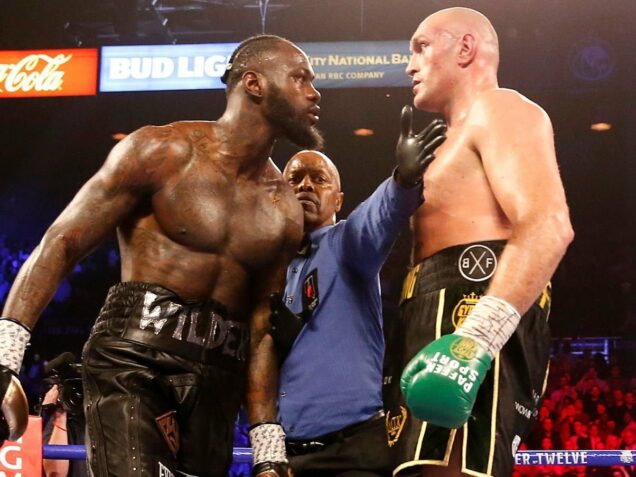 Tyson Fury and Deontay Wilder threaten to knockout each other

Tyson Fury and Deontay Wilder have both threatened to knockout each other as they set for their heavyweight grudge fight in Las Vegas.

Both boxers faced the media outside the T-Mobile Arena, the venue for their trilogy clash, before their WBC title fight on Saturday.

Fury vowed to produce another brutal victory after stopping Wilder in the seventh round of their rematch back in February 2020.

“It’s going to be exciting,” said Fury. “Wilder is a dynamite puncher and as we’ve seen over the last few months, we’ve seen the heavyweight landscape change so much. But I’m still on form, doing what I’ve got to do.

“I’m going to knock him spark out on Saturday night and I cannot wait, to get him in that ring and give him a good hiding, for sure.”

Wilder, however, insists he will gain destructive revenge as he plots Fury’s defeat with new head trainer Malik Scott.

“Saturday night is going to be a special night. I think the fans are in for a treat, as they always are when the ‘Bronze Bomber’ steps in the ring.”

When asked for a pre-fight prediction, the American said: “I see me beating him up and knocking him out.

“There’s many things that I visualised in the first fight, along with the second, and I didn’t execute the game-plan.

“But this time around it’s just a different feeling. All the way around. The atmosphere. The energy as a whole.