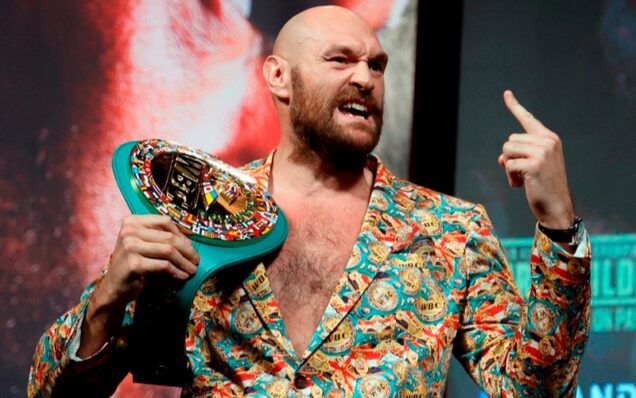 WBC heavyweight champion Tyson Fury has slammed his defeated opponent Deontay Wilder as an ‘idiot’ and a ‘sore loser’.

He said Wilder failed to show him ‘sportsmanship’ after he knocked him out in the 11th round in Las Vegas.

Fury walked over to Wilder’s corner after the fight to ‘say well done’ and shake hands but says his rival snubbed his offer.

‘I went over and said well done and he said he didn’t want to show any sportsmanship or respect. Very surprised by that. He’s an idiot.

‘Sore loser. To be a top fighting man you need to show guts and respect and he didn’t do that tonight. He couldn’t do it.

‘I pray for him. I am thankful that we all get out of the right in one piece and get to go to our families.

‘I’m a sportsman, I wanted to go over to him but he didn’t want to know.’