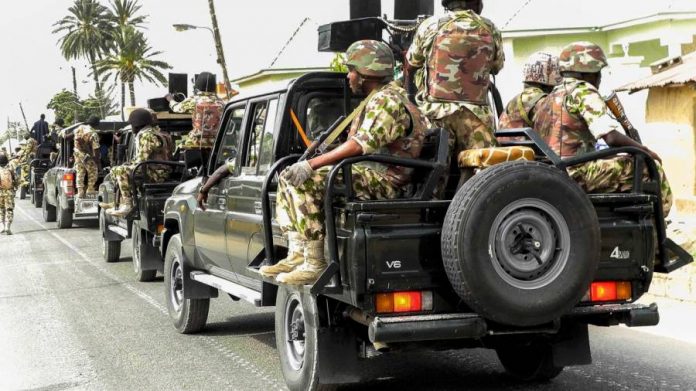 The Nigerian Army Training and Doctrine Command (TRADOC) will from Oct. 11 to Oct. 15 begin its annual Captain to Major Promotion Examination (CMPPE) in Bauchi, a statement has announced.

Maj. Yahaya Kabara, the Assistant Director, Army Public Relations, said that the examination would be on military outdoor activities.

According to him, the examination would focus on routine field military exercises, designed to evaluate the competency and proficiency of the officers, while boosting their morale.

He noted that the officers would be examined in the field, as part of the effort to develop their junior leadership capabilities, for future higher responsibilities in the Army.

The statement said that during the exercises, there would be a noticeable increase of movements by Army personnel and other activities within the metropolis, calling on the general public not to panic.

It stressed that the officers would be put through a 13 km fitness test, which would commence from a location in the metropolis and back to the Barracks.

All the officers participating in the examination as candidates would be fully kitted in combat military dress, with their personal weapons, the statement added.

Kabara noted that traffic control activities would be carried out by the Nigeria Police and the Federal Road Safety Corps (FRSC), to ensure a successful conduct of the exercise, throughout the period of the event.

He called on the general public not to panic upon sighting the movement of troops, particularly, on the 12th of October, 2021, saying that, “it is purely an assessment exercise.’’