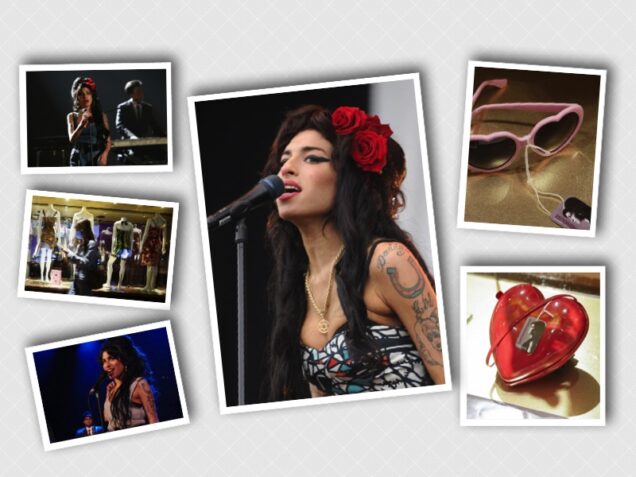 Some 1,000 personal items that belonged to British singer Amy Winehouse will head to auction in Beverly Hills, Calif., next month, a decade after her shocking death.

The collection will feature a wide range of personal effects, including clothing, shoes and accessories.

Julien’s Auctions is presenting the auction in collaboration with Winehouse’s parents Nov. 6-7 in person in California and online.

Among the more well-known items included in the auction will be the custom, red, heart-shaped purse by Moschino that she frequently carried and the Tina Kalivas black-and-orange skirt she wore to perform for the 2008 Grammy Awards.

Others are a Dolce & Gabbana leopard-print pencil skirt she wore to the 2008 BRIT Awards and multiple pairs of pink ballet slippers, which she was frequently photographed wearing.

The collection was on exhibit in New York City this week at the Hard Rock Cafe and will go on display after the auction at the Design Museum in London.

She struggled with alcohol and drug addiction for much of her professional life.

Martin Nolan, executive director of Julien’s Auctions, said he worked with Winehouse’s parents for two years to curate the collection.

Partial proceeds from the sales will go to the Amy Winehouse Foundation.

“It’s been a cathartic experience for them, but also a very emotional rollercoaster for parents to give up their daughter’s possessions,” Nolan told CNN.

“But they know that these items were going to go to fans and collectors and museums and investors all over the world that will continue to appreciate them, enjoy them, showcase them.”