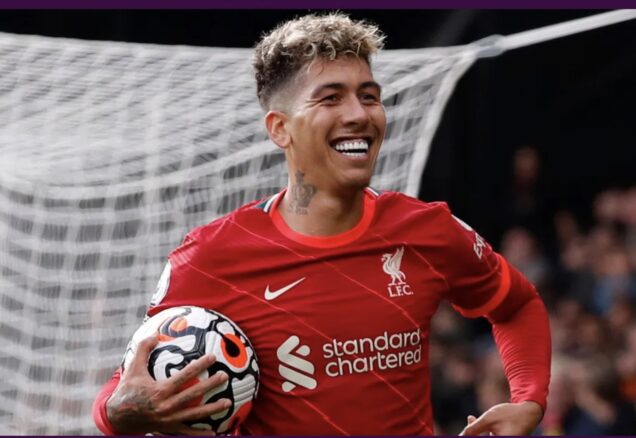 Liverpool handed a devastating 5-0 defeat to Claudio Ranieri’s struggling Watford on Saturday, giving the Italian an unkind welcome to the Premier League.

In the match watched by 21,000 spectators at the Vicarage Road Stadium in London, Liverpool were dominant with 77 percent of possession and made the match look like a practice session.

Sadio Mane also recorded a career record when he scored the opener in the 9th minute. He reached 100 Premier League goals and joined Mo Salah in the exclusive ‘100 Club’.

Firmino doubled Liverpool’s advantage in the 37 minute, by tapping in a cross by Mo Salah.

Firmino scored again seven minutes into the second half.

He had his hat trick, more than 36 minutes after Salah’s spectacular goal, Liverpool’s 4th.

The Egyptian latched on a pass by Firmino and waltzed his way amid Watford defenders and sent a shot with his left foot into right hand corner of the net.

He has now scored 104 goals to draw him level with Didier Drogba as the top-scoring African player in PL history.

Firmino at extra time netted his third of the day, by tapping the ball into the net after collecting a cross from substitute Neco Williams, in the extra minutes of the game.

Salah: “We knew we needed to start the game well and we did that. Bobby [Firmino] did a great job today with his hat-trick and the first goal from Sadio [Mane] was excellent. I don’t know which of my goals was better, this one or the one against Man City – but we’re always trying to score good goals, all of us”

Jurgen Klopp: “It was great to hit a rhythm so quickly, with all the players coming back from all over the world. It was a good game for us and the goals were brilliant. Their energy levels were great – the boys were serious today”