Why I gave Saskay and Jaypaul condoms in BBNaiija – Cross 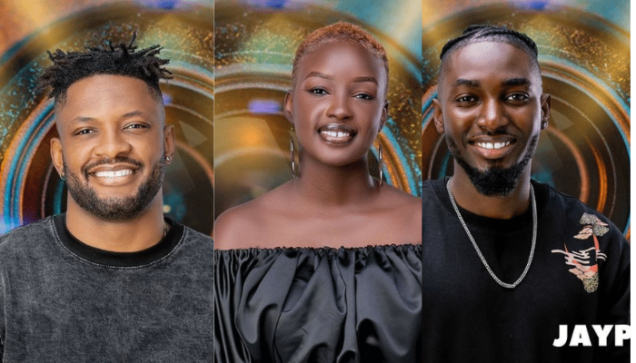 Former Big Brother Naija Shine Ya Eye housemate, Cross Ikechukwu Okonkwo, has revealed why he offered condoms to his fellow housemates, Saskay and Jaypaul during the reality show.

Cross, who made this known in a recent interview, stated that he didn’t have any bad motive in mind for telling them to use condom.

He said he was trying to let them have fun.

According to Cross, throughout his stay in the House, he noticed that as much as Saskay was attracted to him, she’s very much attracted to Jaypaul, and she liked Jaypaul more than she liked him.

“If you get to know me, you know that in this life, I always catch cruise and have fun and I do that the best way as possible,” Cross said.

“I knew that Saskay, at that time definitely liked Jaypaul. And I know somehow in her mind, I knew she was a little bit still attracted to me, not 100 percent, but just a little bit, because I know she indulged me in some of her movement and some certain things.

“But she liked Jaypaul, definitely more than me, 100 percent. And I accepted that as a fact.

“So, (giving them condom), I was just trying to make her shake body a little bit, I was literally trying to ‘touch’ her. And that was, just like I said, catching cruise. And I just wanted to let her know that yes, we’re all here together but I still want to let you have fun yourself.

“And I didn’t want to make Jaypaul feel uncomfortable, so, I didn’t do it so well, and was just giving them their space to do their thing,” he added.