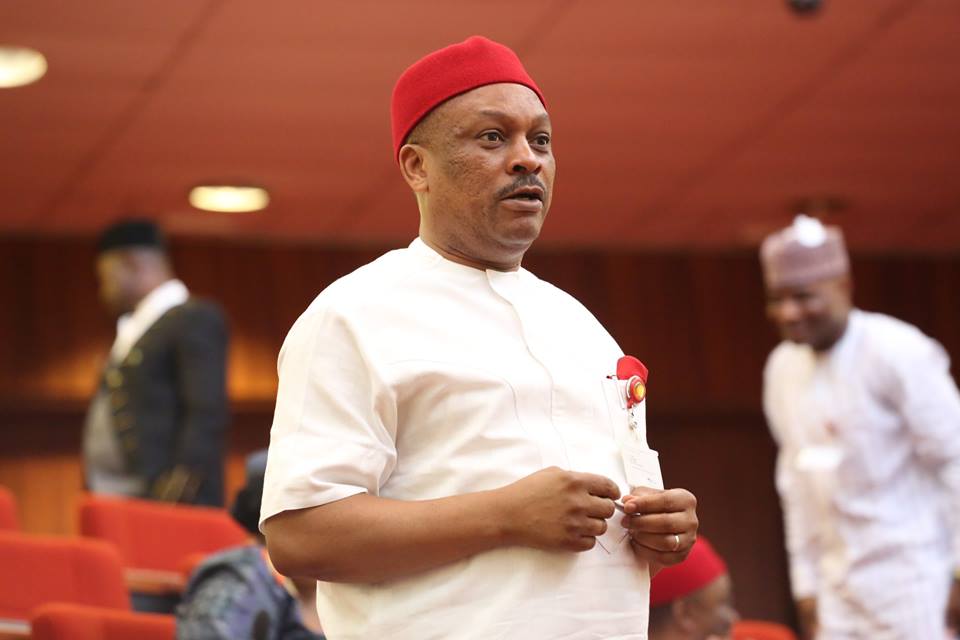 Major stakeholders of the Peoples Democratic Party (PDP) in the South East, have rejected Sen. Sam Anyanwu” as the candidate for the post of the National Secretary in the forthcoming national convention.

The trio said no consensus in the region has been reached over his candidacy and that he is being imposed.

The party chieftains made their opinion known in a statement by a National Ex-Officio from Imo State, Chief Madu Chinemerem.

The chieftains said what transpired at the PDP meeting held on Thursday at Enugu, hosted by the state Governor, Ifeanyi Ugwuanyi, could best be described as a stalemate.

They said Anyanwu was not elected as South East consensus candidate.

They stressed that Gov. Ugwuanyi and Gov. Okezie Ikpeazu of Abia states, merely came to the meeting to announce the selection of Anyanwu, which was rejected by most of the people who attended the meeting.

“The State Chairmen of some of the States also said no. The meeting ended without any agreement.”

The statement added that the meeting was also attended by former Senate President, Adolphus Wabara, Onyema Ugochukwu, Sen. Uche Ekwunife, and many others, noting that most of them didn’t agree with the imposition of Anyanwu for the post of National Secretary.

“I am very conversant with the everything that transpired at the meeting and I can say without fear of contradiction that what was reported as South East Zone PDP consensus is a figment of the imagination of the author of the press release”, said Chief Madu Chinemerem.

“It does not in any way reflect the outcome of the Enugu meeting. It is unfortunate.

“Definitely, Anambra and Imo States have better materials for the office if it is zoned to them,” the statement said.