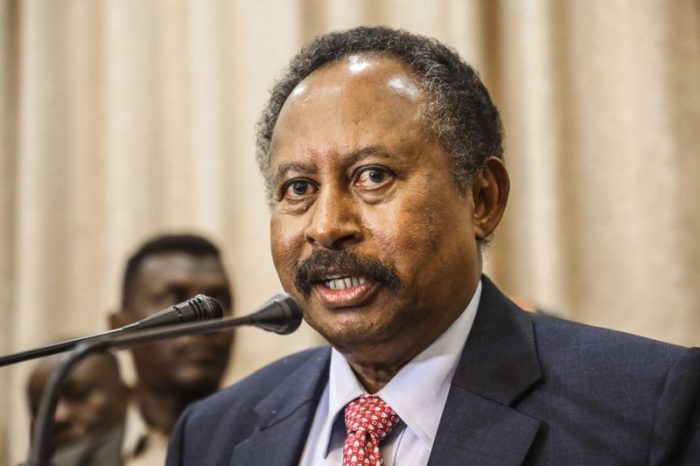 Sudanese Prime Minister Abdalla Hamdok has voiced the transitional government’s commitment to avoid any coup against what has been achieved in the 2018 December Revolution.

Hamdok made the remarks in a speech broadcast by Sudan’s official TV.

The Sudanese army ousted former President Omar al-Bashir in April 2019 amid popular protests that erupted in December 2018 against deteriorating economic conditions and hike in prices of basic commodities.

The transitional period is set to be followed by elections to form a new government.

Hamdok described the current division between the components of the transitional government as “the worst and most serious crisis threatening the transition.”

“If we cannot achieve the slogans of the revolution of freedom, peace and justice and reach the desired ends of the transition, we will not forgive ourselves and neither will history forgive us,” he said.

“It is a conflict in which I am neither neutral nor a mediator. My clear and strict position is the full bias for the civil democratic transition, completion of the tasks of the glorious December Revolution, and realization of its slogans of freedom, peace and justice,” the prime minister noted.

He further proposed a road map out of the current crisis, calling for immediate cessation of all forms of escalation between all parties and return to working with all institutions of the transition.

He also stressed the importance of commitment to the constitutional document as the reference for the components of the transitional authority.

Since the announcement of foiling a coup attempt on Sept. 21, the differences between the military and civilian partners in the transitional government have continued to escalate.