Ihekweazu bows out as NCDC DG; Adetifa takes over 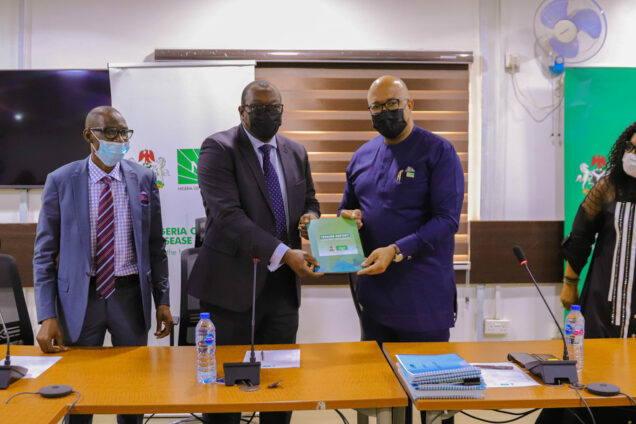 Ihekweazu hands over to Adetifa as NCDC DG

Dr Chikwe Ihekweazu has officially handed over the position of Director-General, Nigeria Centre for Disease Control, to Dr Ifedayo Adetifa.

NCDC announced the development on Monday via its Facebook page.

The statement from the agency reads:

“As we undergo this transition in leadership, we reflect on our collective efforts in building an effective institution and strengthening capacity for national and global health security.”

However, Ihekweazu is now expected to take up the position of Assistant Director-General of Health Emergency Intelligence at the World Health Organisation.

WHO Director-General, Tedros Ghebreyesus had announced the appointment in a statement.

The statement partly read, “I am pleased to welcome Dr Chikwe Ihekweazu as an Assistant Director-General for Health Emergency Intelligence from November 1, 2021.

“He will lead the work on strengthening pandemic and epidemic intelligence globally, including heading the WHO Hub for Pandemic and Epidemic Intelligence in Berlin.

“Dr Ihekweazu is currently the Director-General of Nigeria Centre for Disease Control. He was trained as an infectious disease epidemiologist, has over 20 years of experience working in senior public health and leadership positions in several National Public Health Institutes, including the South African National Institute for Communicable Diseases, the United Kingdom’s Health Protection Agency, and Germany’s Robert Koch Institute.

“He has led several short-term engagements for WHO, mainly in response to major infectious disease outbreaks around the world.

“Dr Ihekweazu, a Nigerian national, who was born in Germany, is a graduate of the College of Medicine, University of Nigeria and has a Masters in Public Health from the Heinrich-Heine University, Dusseldorf, Germany. In 2003, he was awarded a Fellowship for the European Programme for Intervention Epidemiology Training and subsequently completed his Public Health specialization in the United Kingdom.

“He is widely published in medical peer-reviewed journals.”