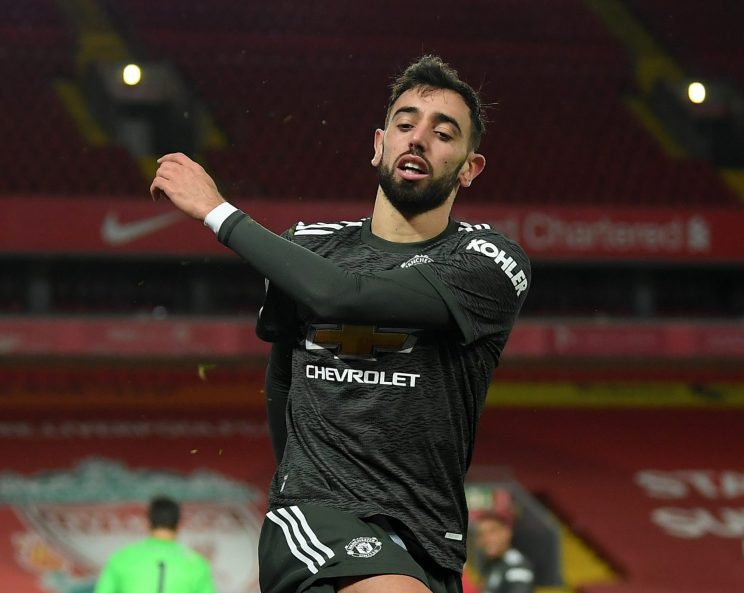 However, the manager said Bruno is doing ‘everything he can’ to be fit in time.

Fernandes was among a number of United players who suffered knocks during Wednesday night’s Champions League clash with Atalanta at Old Trafford.

Marcus Rashford has also been nursing a slight problem, although there is optimism that he will have recovered by Sunday, while Fred is another carrying a minor injury.

Solskjaer refused to rule anyone out of contention against the club’s fiercest rivals.

“Games like Wednesday will always bring knocks and bruises. We have two or three with knocks but I hope I can pick from a fit squad,” he told MUTV on Friday.

“Bruno might be a doubt but he’s doing everything he can to be fit. I can’t say if Fred will be fit or not. We might have the whole squad fit but may miss two or three. We’ll see.”

Losing Fernandes would be a particular blow. The Portuguese midfielder has had a mixed start to the season compared to the previous standards he has set for himself. However, he was crucial to the comeback win against Atalanta.

Fernandes also scored the winner the last time United beat Liverpool in January, netting a free-kick at Old Trafford to seal a 3-2 victory in a fourth-round FA Cup tie.