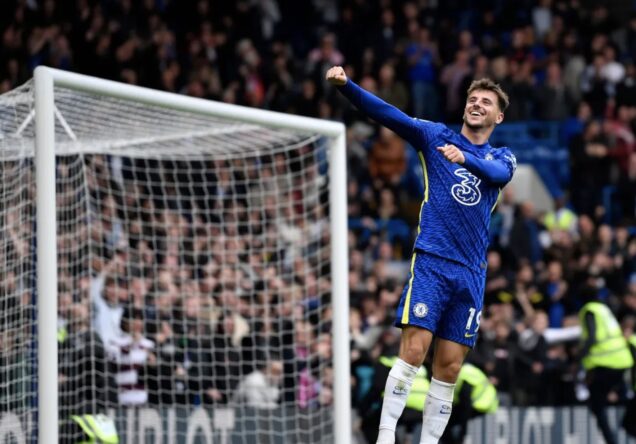 Mason Mount the hat trick man and king of the match

Mason Mount recorded his first hat trick with Chelsea as the team mauled bottom of the table Norwich 7-0 at Stamford Bridge on Saturday.

The massive victory will keep Chelsea atop of the table for another week with 22 points after nine matches.

Chelsea, without Romelu Lukaku and Timo Werner dominated the match at Stamford Bridge, with Mount opening scoring in the 8th minute.

At half time, the scoreline was 3-0, in favour of the league leaders.

This was after Callum Hudson-Odoi scored in the 18th minnute and Reece James in the 42nd.

There was no reaction from the visitors in the second half, as Ben Chilwell scored the 4th goal in the 57th minute.

Mason Mount had his hat trick, scoring in the 85th via a penalty and in extra time, with an assist by substitute Ruben Loftus-Cheek.

The statistics showed Chelsea had 62 percent possession and had a total of 21 shots towards goal, 14 on target.

Norwich only had two, making Chelsea goalkeeper Mendy untroubled for most of the time.

King of the match Mount said of his performance:

“Before the game I put pressure on myself to get on the scoresheet as it’s been quite a long time, then three come in the same game.

“I was always getting in positions to score but wasn’t putting them in the net – I was sure the goals would come, and today was the day.

“The way we played, the way we started, the intensity was so important”