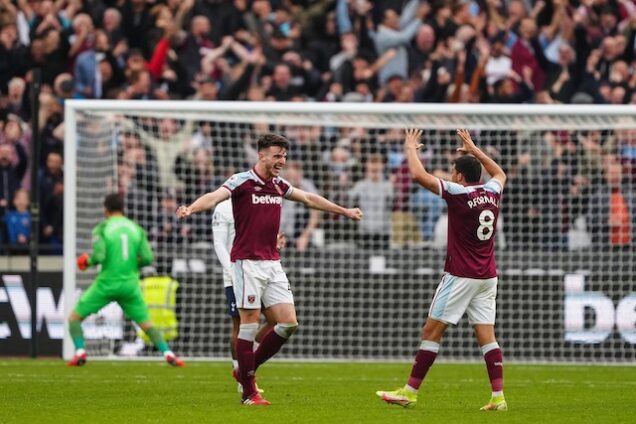 West Ham have knocked out defending champions Manchester City from the Carabao Cup, winning 5-3 via penalties.

In the ensuing penalties, Phil Foden missed for Man City, while the hosts scored all their kicks.

Said Benrahma scored the winning shot for West Ham, dealing the first loss in five years to City in the competition since 2018.

West Ham have thus booked a spot in the quarter-finals.

In other matches, Liverpool, Tottenham Hotspur, Leicester City and Brentford all qualified for the quarter finals.