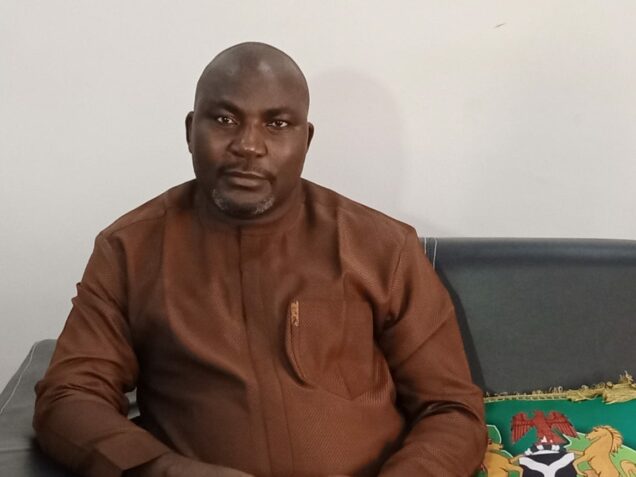 Prof. Danladi Atu, Secretary to the Government of Plateau State, on Thursday in Jos congratulated the new Speaker of Plateau State House of Assembly, Yakubu Sanda, on his election.

Atu congratulated Sanda when some lawmakers, led by the Deputy Speaker Saleh Yipmong, presented the new speaker to him as representative of Gov. Simon Lalong.

Eight members of the House impeached the former speaker, Abok Ayuba, earlier on Thursday and immediately elected Sanda as his replacement.

Prof. Atu commended the new speaker for accepting the challenge to lead the legislative arm of government.

“Mr Speaker, on behalf of the government and people of Plateau, we formally congratulate you for accepting the leadership of Plateau State House of Assembly.

“As a government of the day, our position has been that the legislature is autonomous.

“Whatever happens in the house is the business of the house, the Executive arm is a mere collaborator,’’ Atu said.

He said that the Executive arm’s hands were open to work with the legislature for the good of Plateau to promote the ideals that the government is known for.

In his remarks, Sanda said that he has accepted the challenge thrown at him by his colleagues to lead the Legislative arm or government.

The speaker said he would synergise with the Executive and the Judiciary to give good governance to the people of Plateau.

“That should be our cardinal point because that is why we are leaders for the people to benefit.

“I want to assure your Excellency of our total support and collaboration for the good of Plateau,’’ Sanda said.

Mr Daniel Nanlong, Majority Leader of the House claimed that members of the All Progressives Congress and the Peoples Democratic Party were all present in the House when the leadership was changed.

Nanlong said that it was the culture and tradition of the House that when a new leadership emerges, it comes to the seat of power, to the governor, to officially introduce the person.

The majority leader told Prof. Atu that the former speaker was impeached because of gross incompetence and financial mismanagement.

He said that the members followed all laid-down procedures to change its leadership.

“The Constitution made it clear that there should be two-third majority that can remove the speaker and 16 members representing two-third signed for the removal of the speaker.

“And we duly submitted the list to the Clerk of the House of Assembly for confirmation and it is when the Clerk confirms that it authorises change of power.

“That was properly done before the new speaker was sworn in in the chamber of the assembly.

“Of course there was little drama but that is the tradition of legislators,’’ he added.