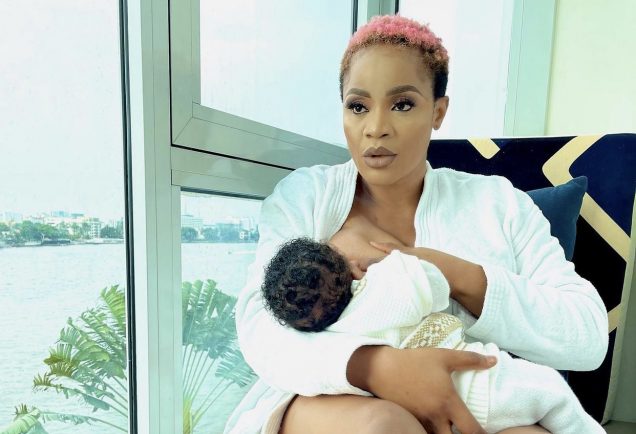 Controversial Nollywood actress, Uche Ogbodo has debunked the widespread notion that women are weaker vessels. She said the perception is wrong.

Ogbodo who spoke on the joy of motherhood in an interview said: “I am happy that I have used my life to teach some lessons because the characters I portray in movies are real.

“I see myself as an advocate for women because I empower them to be the best of themselves.

“Wherever they find themselves, I tell them to keep their heads up. They should see themselves as strong, not weak. The world portrays women as the ‘weaker vessels’. I don’t believe women are weak.

“Instead, I see them as strong and I encourage us (women) to always be what we truly are. Don’t think that it’s a man’s world; it’s a woman’s world too.”

Ogbodo said that though being a career mum could be stressful, it is also an enjoyable experience.

The thespian said she was enjoying every bit of her motherhood journey.

“Motherhood is beautiful and it is actually a two-way thing. It is fulfilling because of the blessings that one has with one’s kids. When one wakes up every day and sees one’s kids around one, it is a beautiful experience.

“But its challenging side is the stress, especially if one is a career mum. It is fun but stressful.

“Sometimes, one could break down and cry but if one remembers all the beautiful memories that one creates every day with one’s children and the love that surrounds one, it fills all the gaps and makes one happy again.”

The 42-year-old mother-of-two said, “I believe that a lot of social media lives are not what they actually are. It is what people want the world to see that they post.

“So many people just want the world to see a picture of them that is not real behind closed doors. Even me, I will never post the negative part of me out there.

“However, some people are true to themselves because they post the beautiful and ugly parts of themselves. Those people are not being fake.”

The Enugu State-born entertainer also maintained she makes posts on social media according to her mood.

Ogbodo, who has been in the industry for about 15 years, noted that she was grateful for how far she had come.

“When I got into the industry, it was stressful because I was aspiring for greatness and I wanted to be well known. Then, there was no gratification for it. One just worked and hoped that things would get better.

“Today, I have created a (well-known) name for myself. I am blessed. I am still growing, relevant and getting endorsements from brands. I am grateful for how far I have come.”