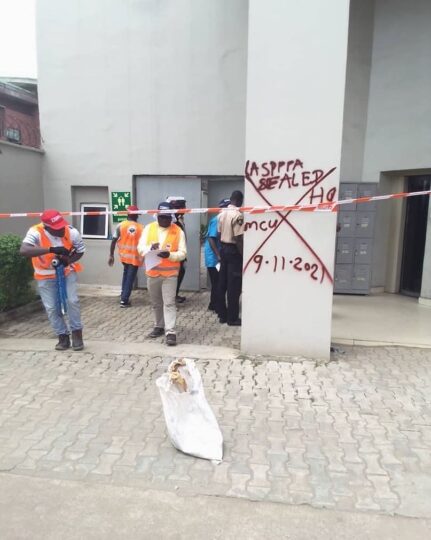 One of the sealed buildings by LASPPPA officers

Officials of the agency stormed the area to enforce compliance with physical planning laws of the state which it claimed were violated by the culprits.

A statement from the agency on its Instagram page said it had declared zero tolerance on illegal structures in Lagos State.

The move comes few weeks after a 21-storey building collapsed at Gerrard Road in Ikoyi area of Lagos, Southwest Nigeria, killing about 45 people.

The agency said it shut down the properties for contravening physical planning permit law of the state.

It said the owners/developers were served notices on October 21 but failed to respond.

“The authority calls on the public to whistleblow on distressed buildings and illegal constructions in their locality,” the statement said.