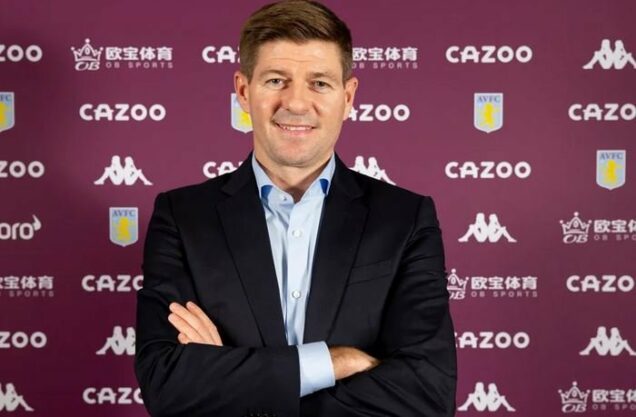 Liverpool legend, Steven Gerrard who has now been appointed as head coach at Aston Villa had his press conference at the club on Thursday ahead of their weekend clash.

Gerrard’s appointment was announced on Thursday, 11th Nov after the club axed Dean Smith after five consecutive defeats with Villa two points above the relegation.

In his first press conference as Villa boss ahead of the club’s clash with Brighton on Saturday, the former Rangers manager said it was an “honour” to have taken up the role and feels “extremely proud” to be a head coach in the Premier League.

The 41-year-old addressed many things at the conference insisting that his Villa job is not a stepping stone to landing a role at Liverpool. He also insisted that he would love to see Aston Villa compete in top European competitions.

Gerrard’s immediate assignment as Aston Villa manager is to rectify the club’s poor run of form.