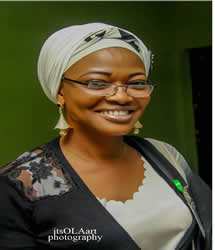 Her appointment was announced by the National Deputy Director South West Youth and Student Council of the ruling party All Progressives Congress, Seyi Bamigbade

He said Adediran’s appointment was confirmed by the Director-General, Mazi Ezenwa Onyirimba, in line with the directive of APC National Chairman, Governor, Mai Mala Buni.

According to him, the directive is also in accordance with the ruling party’s constitution to build a formidable support for the party towards the 2023 general election.

Adediran was the 1st female deputy speaker of the Lagos State House of Assembly at the time she was representing Surulere Constituency 1.

Adetoun is presently a member of the Board of the Michael Otedola College of Primary Education.