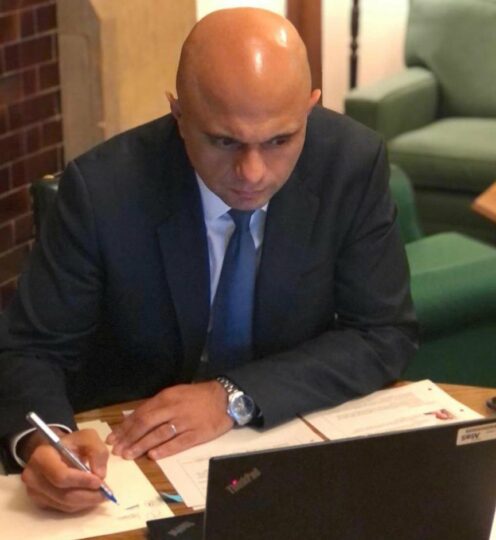 ‘We have been made aware by @UKHSA of two UK cases of the Omicron variant. The two cases are linked and there is a connection with travel to southern Africa”, he said on Twitter.

‘These individuals are self-isolating with their households while further testing and contact tracing is underway.

“As a precaution we are rolling out additional targeted testing in the affected areas – Nottingham and Chelmsford – and sequencing all positive cases.

“This is a fast-moving situation and we are taking decisive steps to protect public health.

“We are also adding Malawi, Mozambique, Zambia and Angola to the travel red list – effective from 4am Sunday.

“If you have returned from there in the last 10 days you must isolate and get PCR tests.

“And if you are eligible for your booster jab – now is the time to get it”, Javid said..

After Belgium first reported the variant on Friday, several European countries have made similar reports.

At least 61 new cases of COVID-19 have entered the Netherlands, all linked to South Africa.

Around 600 passengers arrived on two planes in Schipol Airport, near Amsterdam, from Johannesburg — the epicentre for the new strain — hours after travel bans were put in place.

Belgium’s case was that of an unvaccinated woman with travel history to Turkey and Egypt.

Germany and the Czech Republic have also confirmed suspected cases.

Germany’s initial sequencing suggests a traveler from South Africa was carrying the virus with several mutations shared by Omicron.

Its sudden appearance this week has triggered panic in many parts of the world, with travel ban imposed on South Africa and its neighbours.

Some restrictions were also imposed on Israel, where the variant has also been discovered.