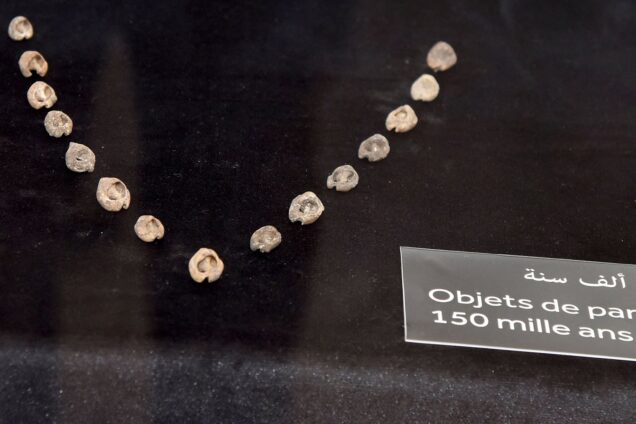 Archaeologists digging in the Bizmoune Cave in southwest Morocco have found what is arguably the oldest set of jewellery known to man.

While the beads themselves were sourced between 2014 and 2018, a team of archaeologists has been hard at work to secure an accurate date that the shells had been worked into baubles through extensive scientific analysis.

A graduate student from the National Institute of Archaeological Sciences and Heritage in Rabat, El Mehdi Sehasseh, is at the helm of the study. His team used uranium dating to help conclude where and when the beads were from.

The bead style was found to be most closely connected to the Aterian culture of the Middle Stone Age in North Africa.

Steven L. Kuhn, a professor of anthropology at the University of Arizona College of Social and Behavioral Sciences, was in charge of the team of paleontologists and concurred that the jewellery found was not just for embellishment, but had meaning, as well.

“They were probably part of the way people expressed their identity with their clothing,” Kuhn said in a press release.

“They’re the tip of the iceberg for that kind of human trait. They show that it was present even hundreds of thousands of years ago, and that humans were interested in communicating to bigger groups of people than their immediate friends and family.”

The beads were made from sea snail shells, and measure about half-an-inch long. Holes were discovered in the centre of each orb, showing that they could have been hung on strings or from clothing.