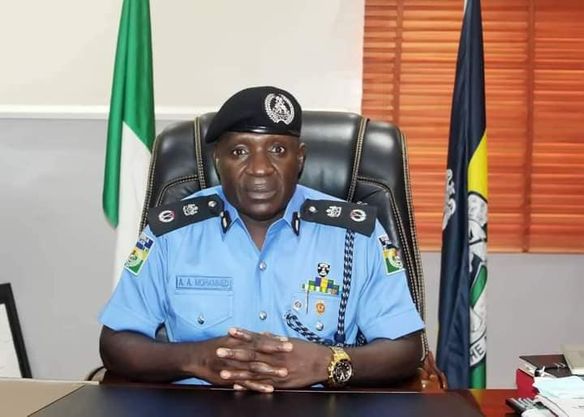 Men of the Delta State Police Command have arrested two robbery suspects and recovered weapons from them.

DSP Bright Edafe, the spokesman of the Command, disclosed this in a statement made available to newsmen on Sunday in Warri.

Edafe identified the suspects as Yusuf Ibrahim and Hashimu Garba.

He said the two suspects were nabbed on Nov. 26 by the Anti-Crime Patrol Team attached to Ekpan Police Station in Uvwie Local Government Area of the state.

The patrol team was on a stop and search duty on the NPA Expressway, Warri, when they accosted three suspects.

One of the suspects escaped.

“On Nov. 26, at about 2315 hours, Anti-Crime Patrol Team attached to Ekpan Police Station while on visibility patrol/stop and search duty flagged down a motorcycle with three occupants by Benjones in Hausa Market on the NPA Expressway, Warri.

“The suspects alighted from the motorcycle and one of them surprisingly shot at the patrol team and the team returned same.

“During the gun duel, one of the suspects Ibrahim, aged 27, was shot on his left foot. He was consequently arrested alongside the rider of the motorcycle, one Garba, aged 30, while the third suspect escaped,” he said.