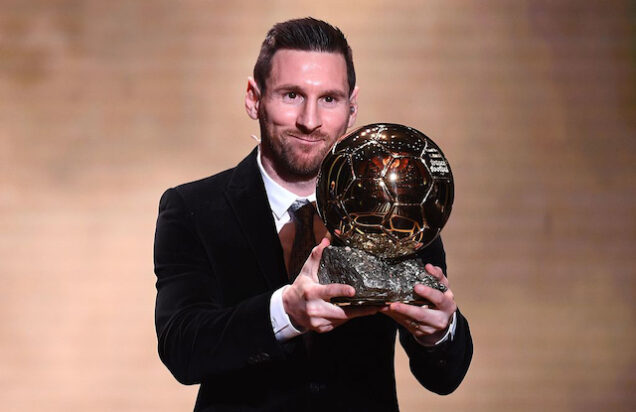 Lionel Messi has been confirmed the winner of the 2021 Ballon D’Or, his 7th trophy and two more than Cristiano Ronaldo’s.

Messi won because of his incredible record this year.

The magical Argentinian was involved in 58 goals in 56 apps for Barcelona, Argentina and PSG in 2021.

He also lifted a Copa del Rey and Copa América.

After the presentation Messi said: ‘Today I’m here in Paris. I am very happy, really very happy, I really want to continue to fight and reach new objectives.

‘I don’t know how many more years but I am really enjoying myself. I thank my team-mates at Barcelona, Paris and Argentina.

‘Robert [Lewandowski], you deserve your Ballon d’Or. Last year, everyone was in agreement to say that you were the big winner of this award.’

Cristiano Ronaldo finished 6th in the Ballon D’or rankings for the first time since 2010.

The presentation of the Ballon d’Or and other awards took place Monday in Paris.

Lewandowski was presented with his award by retired Ivory Coast and Chelsea striker Didier Drogba.

Lewandowski scored 48 goals in 40 appearances for Bayern in all competitions last season.

PSG and Italy goalkeeper Gianluigi Donnarumma won the Yashin Trophy for goalkeeper of the year.

She scored 38 goals in 52 games. She also recorded 24 assists, all from midfield.

Chelsea won the club of the year.