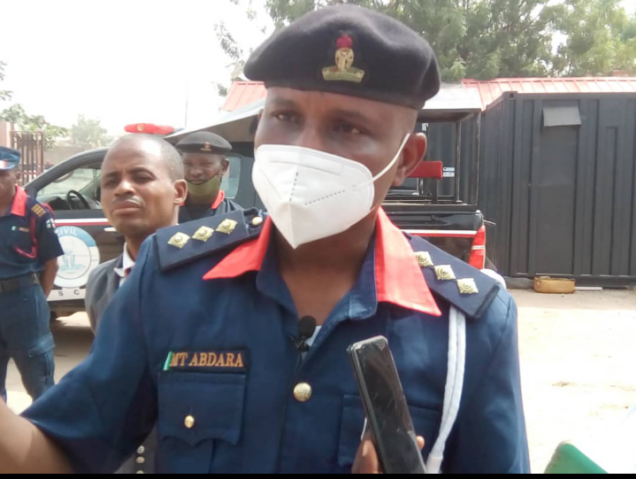 DSC Muhammad Abdara, the spokesperson stated this while parading the suspects at the NSCDC headquarters in Katsina on Friday.

According to him, all the suspects, whose age are between 18 and 20, are from Daura town.

He added that the arrest, which occurred on Dec. 2, was undertaken by the corps’ operatives stationed at the school to provide security cover against attack by criminals.

“The Officers, gallantly subdued the assailants who initially attempted to criminally trespass into the premises of the school (albeit unsuccessfully), while brandishing dangerous weapons.

“They also attacked one of our operatives with a machete in an effort to disarm him and subsequently to break into the school.

“The culprits have been transferred to the command’s headquarters for further investigation and prosecution,” Abdara said.

He assured the people of the state of NSCDC’s readiness to protect all schools across the 34 council areas of the state from attacks by criminal elements.

Abdara, however, said that the general public had important roles to play in assisting security agencies with credible information that could assist them in conducting their task of protecting their lives and property.

“The commandant is warning the criminals to stay off our schools and other private and public property, as we will not relent in our efforts at protecting the lives and property of people of the state. (NAN