Why I led Lagos4Lagos out of APC - Jandor 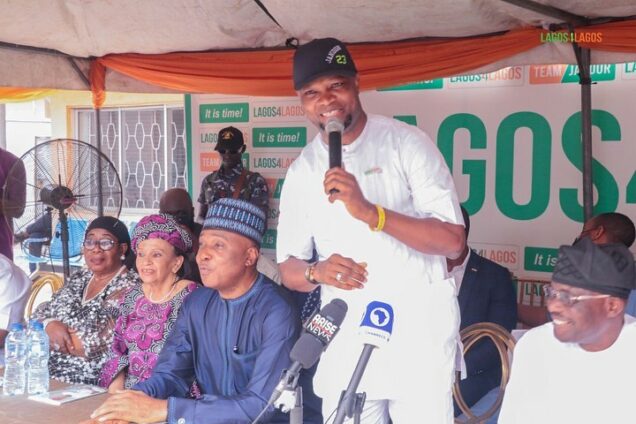 Olajide Adediran, aka Jandor, said he led the Lagos4Lagos Movement out of APC because the group decided not to subject its aspirations to the mood of “an individual.”

Jandor stated this on Sunday while speaking on the reactions generated by the defection of the Lagos4Lagos movement to the Peoples Democratic Party on Saturday.

The leader of the Anti-Tinubu said he appreciated everyone’s opinion.

He, however, noted that the decision taken by the Lagos4Lagos movement was far better than doing nothing.

Jandor said: “I have read and heard divergent views over our decision to dump the APC for the PDP, and I can’t but appreciate all sides of the divide for at least considering us worthy of their precious time, discussing our position.

“It shows we are doing something, which is far better than doing nothing, we thank you sincerely.

“Pending when we will be having our official declaration proper which will be led by no other person than the Leader of our Party in the Southwest, who is equally one of the National Leaders of PDP in Nigeria, His Excellency, Engr. Oluseyi Makinde, the Governor of Oyo State, I will like to reiterate here again, that we had to choose between subjecting our Aspirations to make Lagos work for all to the generality of Lagosians, as against subjecting it to the mood of an individual.

“With PDP culture of conducting primary election for real, we are ready to submit ourselves in a fair contest with all other interested members of the PDP who may also want to throw in their hats in the ring.

“It’s been very lonely where we are coming from, despite enjoying huge support base within the Leadership cadre of the APC…however, the said support base are Invisibles and we know they will remain so for obvious reason. I know they feel much relieved now with the possibility of us being on the ballot, a right we never enjoyed and may not enjoy where we are coming from.

“I thank everyone who had lend their voice either for, or against our move, and we respect your opinion.
Thank you all.”