Police ban sales, use of fireworks in Abuja 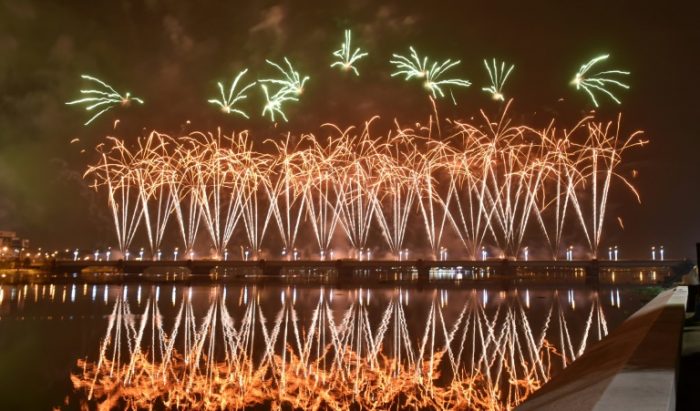 Police ban sale, use of fireworks in FCT

The Police in the Federal Capital Territory (FCT), Abuja, have banned the sale and use of fireworks in the territory before and during the Yuletide.

The Police Public Relations Officer (PPRO) in the FCT, DSP Josephine Adeh made this known in a statement on Monday in Abuja.

Adeh said the ban was part of a proactive move by the command to sustain existing peace and contain criminal activities associated with the period.

According to her, fireworks constitute a nuisance, disturb public peace, and cause unnecessary fear, apprehension, and danger of possible fire outbreaks.

“This is in addition to the possibility of providing an escape space for criminals after the commission of a crime.

“To this end, the Commissioner of Police in charge of FCT, Mr Babaji Sunday, has ordered all Divisional Police Officers and Heads of Police Units to carry out due enforcement of the ban.

“The idea is to ensure that anyone who violates the order is arrested and brought to book,’’ she said.

Adeh, therefore, called on parents and guardians to prevail on their children and wards to desist from the sales and use of fireworks, firecrackers, knockouts, and other combustible materials.

She warned persons trading in the banned items to seek alternative means of livelihood or be arrested and prosecuted.

Adeh urged FCT residents to be more vigilant and security conscious, and promptly report any suspicious activity within their locality to security agencies.