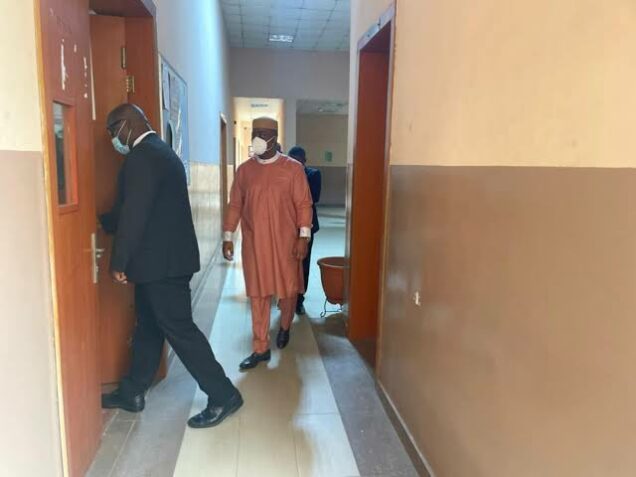 Fani-Kayode in court for forgery

The former Minister of Aviation, Femi Fani-Kayode was arraigned at the Ikeja Special Offences Court on Tuesday for allegedly forging medical reports.

The Economic and Financial Crimes Commission (EFCC) arraigned the ex-minister over a 12-count charge of procuring execution of documents by false pretence.

Other counts include use of false documents, fabricating evidence, use of fabricated evidence.

Counsel to Fani-Kayode, Mr Wale Balogun, however, challenged the jurisdiction of the court to hear the criminal suit.

“We filed before your lordship an application bordering on your lordship’s jurisdiction to entertain an arraignment.”

Balogun noted that the alleged offences occurred in Abuja and a Lagos court does not have jurisdiction to hear the suit.

Opposing the submission, EFCC Counsel, Mr Rotimi Oyedepo said that the merely filing of an objection to a charge will not prevent a court from taking a plea.

“Section 393(2) of the Administration of Criminal Justice Act 2015 states that the defendant being tried on an information can raise an objection to a charge or information only after the plea has been taken,” he said.

Oyedepo urged the court to dismiss the defence’s application on the grounds that it is an attempt to frustrate the trial because the defendant was charged under the Lagos laws and can only tried in Lagos.

Justice O.O Abike-Fadipe, however, adjourned the case till 17 Dec. for ruling.

The EFCC said Fani-Kayode through one Dr Ogieva Oziegbe procured fake medical reports on various occasions to avoid attending his trial at the Lagos Division of the Federal High Court.

“The defendant falsely purported before a Federal High Court, Lagos in charge number FHC/L/251C/2016 that the reports were issued by either Kubwa General Hospital or the Federal Ministry of Health, Abuja, Federal Staff Hospital.”