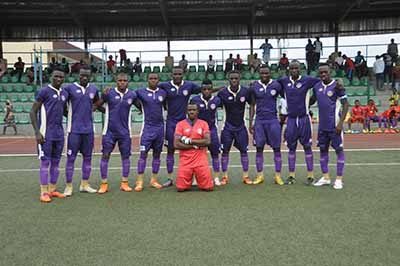 Former Golden Stars FC coach, Shola Balogun, has been named as the substantive Technical Adviser of Lagos-based MFM FC on a two-year contract.

A statement from the Media Office of the MFM FC disclosed that Balogun would be assisted by the chief coach, Gabriel Olalekan.

“As we prepare for the 2021/22 Nigerian Professional Football League (NPFL) season which will kick off on December, 17, we are pleased to confirm the appointment of Shola Balogun as the substantive Technical Adviser for two seasons.

“Also, Gabriel Olalekan will remain as the chief coach of the team.

“We will like to inform the public, club supporters and fans, about the temporary change of home ground from Soccer Temple, Agege Stadium to Mobolaji Johnson Arena, formerly known as Onikan Stadium.

“Due to the Stadium upgrade currently going on at the Agege Stadium, we will have our home games this season at the newly-built Mobolaji Johnson Arena, Onikan,” he said.