Osimhen ready to play for Nigeria at AFCON 2021 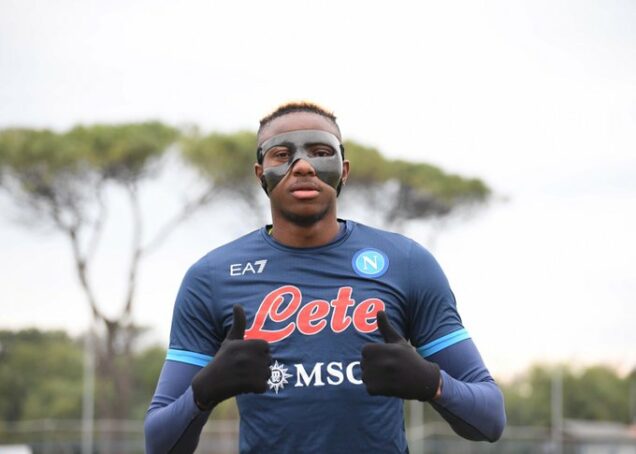 Super Eagles striker, Victor Osimhen, has confirmed he will be available to play for the Nigeria national team at the 2021 Africa Cup of Nations in Cameroon.

Osimhen’s participation was in doubt, after he suffered a facial injury in his club, Napoli Serie A clash against Inter Milan last November.

The 22-year-old fractured his left cheekbone and orbit after clashing with Milan Skriniar. He then underwent a complicated but successful injury.

Following the surgery, Napoli announced that Osimhen would be out for three months, which effectively ruled him out of AFCON.

However, Osimhen has made a quick return ahead of schedule, resuming individual training just two weeks after his surgery.

He has now alerted the coaching crew of the Super Eagles that he will be fit and ready.

“I will be available for AFCON unless if am not among the players picked to represent NIGERIA,” Osimhen tweeted.