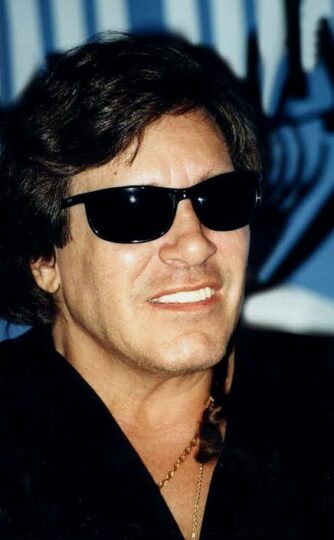 Jose Feliciano: composer of "Feliz Navidad", arguably the most popular Christmas song in the world.

Jose Feliciano is the composer of “Feliz Navidad”, arguably the most popular Christmas song in the world.

A Puerto Rican musician, singer and composer, he is best known for many international hits, including the rendition of the “Doors”, Light My Fire and the bestselling Christmas single, “Feliz Navidad.”

Each year during the Christmas season, “Feliz Navidad” returns to the airwaves as one of the most played and most downloaded songs of the season.

“Feliz Navidad” is also recognised by ASCAP as one of the 25 all-time most-played Christmas songs in the world and it is in the Grammy Hall of Fame.

1. Feliciano is a Puerto Rican songwriter based in the United States.

2. He was born José Monteserrate Feliciano Garcia on 10 September 1946.

3. He was born blind as a result of congenital glaucoma.

4. He was first exposed to music at the age of 3, playing on a cracker tin can while accompanying his uncle who played the cuatro.

5. When he was five, his family moved to Spanish Harlem, New York City .

6. He taught himself to play the accordion at seven.

7. His father gave him his first guitar when he was nine.

8. He made his first public appearance at the Teatro Puero Rico in the Bronx at the age of nine.

9. He would play his guitar by himself in his room for up to 14 hours a day, and would learn by listening to 1950s rock and roll, records of classical guitarists and jazz players. Andres Segovia and Wes Montgomery were among his favourites.

10. As a teenager, he took classical guitar lessons with Harold Morris, a staff music teacher at The Light House School for the Blind in New York City.

11. At 17, in order to help support his family, he left high school. He started frequenting the coffee houses of Greenwich village, “passing the hat” as his “salary” in those clubs where he was invited to play.

13. The song described as “the simplest song ever written”, has 19 words – six in Spanish (“Feliz Navidad, próspero año y felicidad”) and 13 in English (“I wanna wish you a merry Christmas from the bottom of my heart”), repeated as long as necessary.

14. “I wanted a song that belonged to the masses,” he recalled while being interviewed during the 50th anniversary of “Feliz Navidad” in November 2020.

15. Before Feliz Navidad was composed, Rick Jarrad, with whom he released the Christmas album originally entitled Jose Feliciano had suggested that Jose write a new Christmas song for the album. Jose thought it impracticable but began reminiscing about his childhood in Puerto Rico and moments later “Feliz Navidad” was born.

17. He won two Grammy Awards in 1968 for Best New Artist of the Year and Best Pop Male Performance, bringing him worldwide recognition as an avant-garde pop star due to his unique “crossover” style from Latino music to English pop/rock.

18. He was presented the 2000 Grammy Legend Award at the 42nd Annual Grammy Awards. He also performed the theme song, “Behind the Mask” for the television series Queen of Swords.

21. He met Susan Omillian, a young art student in Detroit, Michigan in August 1971. After becoming friends and dating for 11 years they married in 1982. They have three children: a daughter, Melisaa, and two sons, Jonathan and Michael.