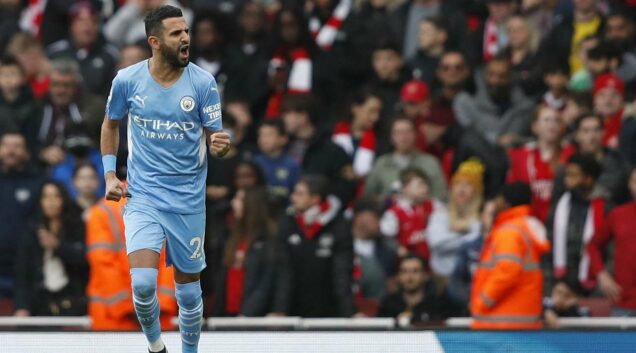 Manchester City’s Rodri struck on injury time to inflict painful defeat on 10-man Arsenal at the Emirates Stadium on New Year Day in an explosive encounter.

City has thus, opened 11-point gap at the top of the premier league table.

Arsenal played a very great match in the first half but a red card to Gabriel caused them pain.

The homers took the lead on 31 minutes through Bukayo Saka.

Kieran Tierney slipped the ball to Bukayo Saka on the edge of the box and he found the bottom right corner with a great effort.

City fought back in the second half and got a penalty after Granit Xhaka brought down a City player.

The referee had waved play on, but VAR decided it was a penalty.

Riyad Mahrez won the battle of wills and sent an unstoppable penalty past Aaron Ramsdale into right side of the goal to make it 1-1.

The match was heading to a draw when Rodri pounced on a loose ball inside the box and beat the goalkeeper with a shot into the bottom left corner to make it 1-2 for the visitors.