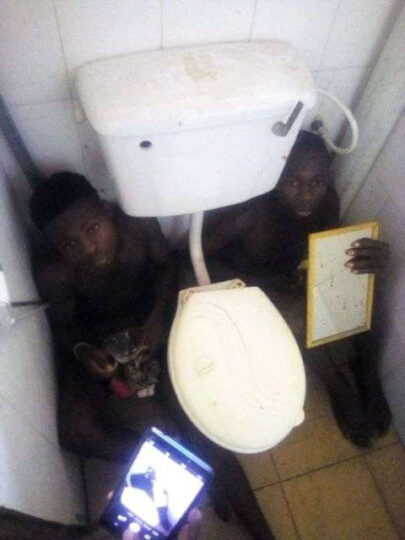 They are all natives of the Sagbama Community in Sagbama Local Government Area of the state.

The suspects allegedly accosted one Endeley Comfort ‘f’ 13 years, hypnotized her to follow them to the apartment of Emomotimi Magbisa, cut her finger and sprinkle the blood on a mirror for ritual purposes.

“The suspects were subsequently arrested and some substances suspected to be charms were recovered from them. The suspects have confessed to the crime.

“The victim was rescued and rushed to the hospital for medical attention. The suspects have been transferred to the Anti-kidnapping unit for discreet Investigation.”

However, the Commissioner of Police Bayelsa State Command CP Ben Nebolisa Okolo fdc, commended the efforts of the community youths for vigilance in the community.