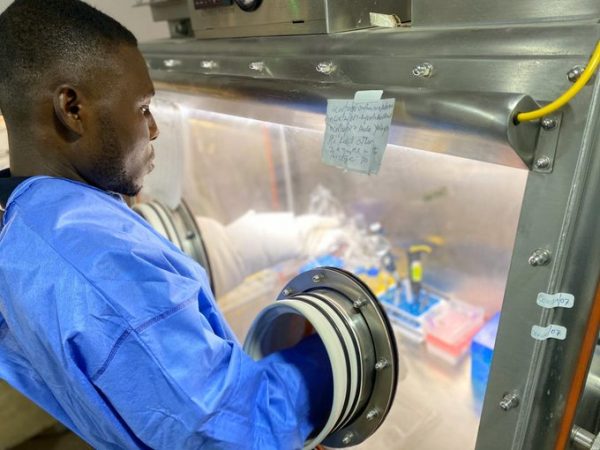 Testing for COVID-19 in Nigeria

The Nigeria Centre For Disease Control (NCDC) made this known on Wednesday.

The centre said Nigeria now has 244,548 confirmed cases in the 36 states and the FCT.

The COVID-19 cases reported on Tuesday were lower than the 573 cases logged on Monday.

Rivers led the daily report on Tuesday with 188 cases.

Lagos, the epicentre of the virus, notably was not mentioned in the daily report.

They also disclosed that 634 persons were discharged on Tuesday.

The centre revealed that 216,814 Nigerians have been successfully treated and discharged nationwide while over 24,681 people were still down with the virus.

With the eight confirmed deaths from the COVID-19 complications on Tuesday, the country’s death toll rose to 3,053.

Meanwhile, the Nigerian Public Health agency noted that 3,863,081 people have been tested for the virus.

The National Primary Healthcare Development Agency said as at Dec. 8, 2021, 3.5 million eligible Nigerians have been fully vaccinated against COVID-19.

The agency also said that 6.6 million Nigerians had taken the first dose while 3.5 million had been fully vaccinated against the virus.

Federal Government also assured Nigerians of adequate doses of vaccines in-store to cover a large percentage of the population, adding that the country was awaiting about 57 million doses of the vaccine.