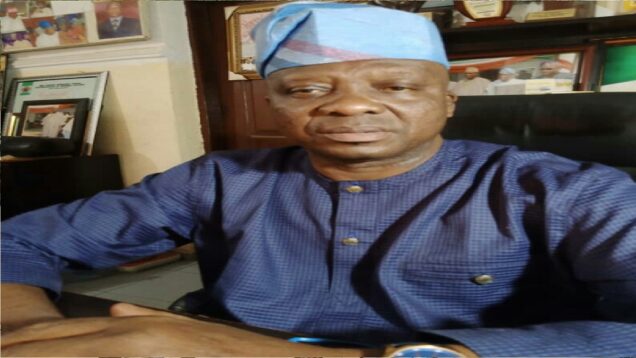 The Peoples Democratic Party, PDP, in Ogun State has denied claim of factionalisation within its ranks as it insisted that all blocs of interests in the party has been successfully harmonized since March 2021.

The party said this in a press statement signed by the Ogun state chairman Hon (Dr) Sikirulai Ogundele on Thursday.

Ogundele said, “I make bold to say that all members of the party now enjoys crisis-free, stable and harmonious working relationship under my Chairmanship.

“As I have always said, our party’s umbrella is big enough to accommodate all loyal members. On the strength of this, all members are encouraged to leverage on the stable and formidable platform of the party to ventilate and advance their political aspirations. Political contest for ANY political office in our party is wide open to all as the party is prepared to create a level playing ground for all.

“It is equally important to know that PDP is not just a responsible political organization, it is the only democratic political assemblage of experienced, rich and disciplined minds that cannot afford to close its doors against anyone. As such, it is very unfair and petty for anybody or group of persons to insinuate that the party is in somebody’s pocket.

“The State chapter of the party under my Chairmanship has been discharging its duties as the main opposition party in the state independently without any form of influence or interference from any individual or group of people.

“As we look up to the next rounds of political activities, I appeal to all well meaning members of the public to rise in patriotic partnership with our party in the collective desire to rescue our dear Ogun State from the unpardonable maladministration as manifestly exhibited by the ruling APC government.”