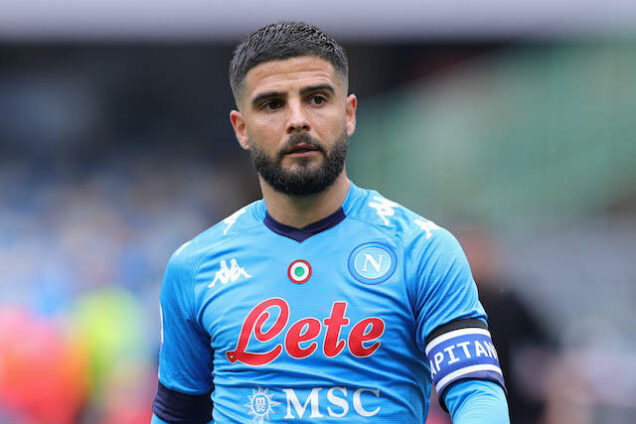 The contract will be effective after his contract with the Italian club expires in June, the Major League Soccer (MLS) side said on Saturday.

Insigne helped Italy win the European Championship in July and his signing represents a coup for the MLS team after several European clubs were linked with the 30-year-old striker, who has 114 goals and 95 assists for Napoli in all competitions.

“Lorenzo is the kind of player you come to watch because there’s always a chance he’ll do something unforgettable,” Toronto head coach and sporting director Bob Bradley said in a club statement.

Insigne will see out the season with Napoli, who are third in Serie A after 20 games — six points behind leaders Inter Milan but having played a game more.

Toronto president Bill Manning added: “This is a historic and exciting day for our club. Lorenzo is a world class attacking player in the prime of his career … he has performed on the biggest stages during his club career with Napoli.”

The diminutive forward will be added to the Toronto roster as a “designated player” — whose wages are not bound by the salary cap.

Insigne is reportedly set to earn $12 million per season.

MLS teams can only sign up to three designated players and Toronto’s quota is already filled by Alejandro Pozuelo, Jozy Altidore and Yeferson Soteldo.

The rule allowed MLS teams to sign several European stars such as David Beckham, Thierry Henry, Zlatan Ibrahimovic and Wayne Rooney in the past.

While most Europeans moved to the MLS towards the end of their careers, Insigne’s move is reminiscent of former Italy international Sebastian Giovinco’s move to Toronto in 2015 at 28, making him the highest-paid Italian footballer in the world.

The midfielder made a name for himself in the MLS, bagging the Golden Boot, MVP and Newcomer of the Year awards before guiding Toronto to the MLS Cup in 2017. He also averaged 20 goals a season during his four-year stint.