As AFCON 2021 kicks off, here are the serious title contenders 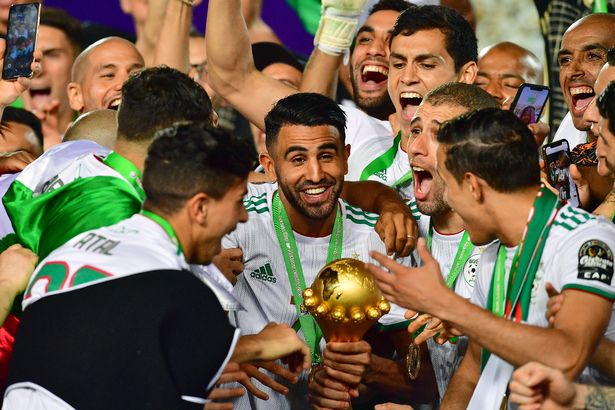 The wait for AFCON 2021 is over as hosts Cameroon face Burkina Faso in the opening match of the tournament on Sunday.

Ethiopia will later slug out with Cape Verde in the second match on Sunday.

In the history of the Africa Cup of Nations (AFCON) tournament, this is the second time 24 teams will battle it out for the coveted title of African champions.

This is the 33rd edition of the competition, and with the high number of participants, there are teams which simply make up the numbers.

And there the true title contenders. We showcase some of them:

Defending champions Algeria head the list of favourites after an impressive run in 2019 where they beat Senegal in the final.

In the qualifiers, they topped Group H with 14 points to book their ticket to Cameroon where they are drawn in Group E alongside another African giants Cote d’ Ivoire.

Algeria have retained some of the players that did duty in Egypt. Led by the experienced captain Riyad Mahrez who is currently on fire in England for Premier League leaders Manchester City.

The Fennec Foxes have not been beaten since October 2018 and recently lifted the Arab Cup to further boost their confidence ahead of the 2021 AFCON.

They scored 25 goals in six World Cup qualifiers but they will have to be on the look out for Senegal who are looking to lift their first title after several attempts, including finishing as runners-up in the last edition of the tournament.

The Lions of Teranga marched into qualification without losing a match, registering four wins and two draws.

With the likes of Sadio Mane of Liverpool and Chelsea goal minder Edouard Mendy, they are surely one of the sides to watch in Cameroon.

Nigeria is another nation that should definitely not be overlooked, having won the tournament three times in 1980, 1994 and 2013, including being losing finalists on five occasions.

Nigeria will head into the challenge with a new and interim manager in Augustine Eguavoen who will face the task of guiding the team to their fourth AFCON title.

He led the Super Eagles to third-place as a manager back at AFCON 2006.

Therefore, the likes of midfielder Wilfred Ndidi, striker Kelechi Iheanacho (both of Leicester City), Everton’s Alex Iwobi, Taiwo Awoniyi of Union Berlin and Frank Onyeka of Brentford will be looking to impress.

The West African giants open their campaign in Group D against seven-time champions Egypt on Tuesday.

The Pharoahs failed to lift the trophy on home soil in 2019 and the appointment of new coach Carlos Queiroz of Portugal could bring back the inspiration they need to win their eighth title.

They can also call upon one of Africa’s biggest exports in captain Mohamed Salah who has been setting the scene alight in England for Liverpool.

They however did not do well in the Arab Cup recently and only managed to finish in third-place.

But they will surely be looking to put that performance behind them and focus on the business at hand.

Another side that has the nation in huge anticipation ahead of the tournament is Morocco.

The Atlas Lions have been in fine form over the last few months with a World Cup qualifying record of six wins in six matches, scoring 20 goals and conceding only one in the process.

That is a strong indication of a very well balanced team.

In spite of being without key players who have been omitted from the final squad, they are still a force to be reckoned with in the tournament.

Cote d’Ivoire is another side not short of talents but who have failed to impress in recent times.

They will not be going to the 2022 FIFA World Cup in Qatar after being knocked out and perhaps they could use that as motivation to do well in Cameroon.

The Elephants are one of the sides that boast of a large contingent of players based overseas and that experience could come in handy.

They have only lifted the trophy once, back in 2015.