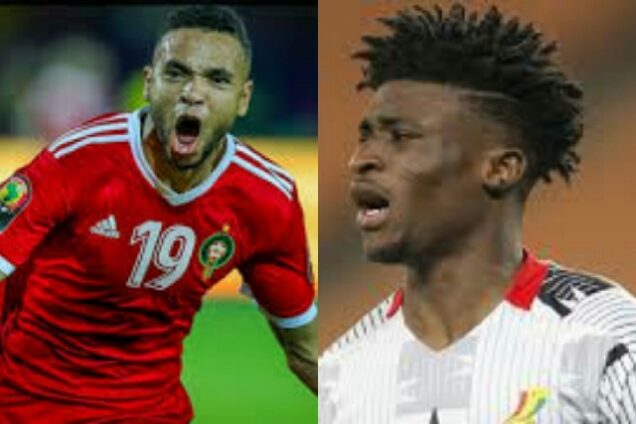 The Atlas Lion of Morocco and the Black Stars of Ghana renew their rivalry today as the two giants clash in a titanic battle in the first match of Group C at the African Cup of Nations (AFCON).

Currently, Morocco are in the form of their life as they have not lost a game in 27 matches and won all their qualifiers for the tournament.

The last time Morocco lost was at the 2018 FIFA World Cup when they were beaten by Portugal 1-0. The North African side has a solid defence and prolific strike force.

On head-to-head, Morocco and Ghana have met 11 times with North African side winning four times and losing three times and drew three times.

Since the beginning of 2021, the Atlas Lion have kept 21 clean sheets and they are favourite to defeat Ghana, but the West African side are no push-over as they are determined to make a mark at AFCON.

The last time Morocco and Ghana met was in an International Friendly match on 8 June, 2021 which the Atlas Lion won by a lone goal.

The last time the two giants met at AFCON was on 28 January, 2008, with Ghana running away with 2-0 victory.

With Ghana’s recent poor showing, they may be in trouble today. They lost 3-0 to Algeria in a friendly match on 5 January, 2022.

Youssef En-Nesyri, who plies his trade at Spanish side, Sevilla, is a player to watch. He is expected to play a featuring role for Morocco at this tournament, and may be a strong contender to net first, as four of his last five strikes at club level have been match openers.

Mohammed Kudus, plying his trade at Ajax, is player to watch. He already has four goal contributions from just four AFCON qualifiers.