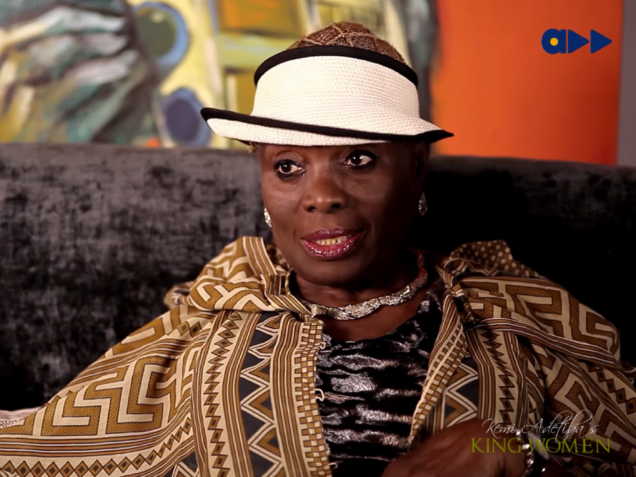 Veteran actress Taiwo Ajai-Lycett has recounted her encounter with Oscar Award-winning actor Sidney Poitier who died at the age of 94.

The 80-year-old in an Instagram post narrated how she met the American actor who asked her to feature in his 1973 movie A Warm December.

Sharing a scene from the film, the movie star wrote: “A Scene from ‘A Warm December’ by Sidney Poitier 1973.

“Aaah! Wow! Erin wo! So sad to see him go. He was a true legend. A cool, strong, laid back, compassionate, civil man. Pretty Iconic.

“I honor the life and legacy of the great Sidney Poitier, and would like to share my personal experience of him to join his other possibly most unacknowledged contributions that changed the course of history!

“At the time I appeared in Sidney Poitier’s feature film, A Warm December, I was then at the peak of my game, and in the throes of political consciousness. And this phenomenal man asked for ME?… To appear in his movie … to be produced and directed by him? It was a VERY Big Deal. It was surreal. WOW! I was aware of his political purity, his activism, commitment to Black Liberation. I was in love! The producer who chose me for a role in his film, while I was making waves in the UK, demanded for a true African woman, in the African Embassy in his film, and he chose ME. It was indeed surreal.”

Ajai-Lycett also hailed Poitier for using his financial resources and celebrity status to raise funds for the African Airlift Programme in 1959.

She also revealed that one of the students who benefited from the programme was Kenyan economist Barack Obama Senior, the father of former American president Barack Obama Junior.

“He was the same man, who, with Harry Belafonte, and Jackie Robinson, in 1959, used their personal financial resources and their status as celebrities to raise funds for the African Airlift Programme that initially brought eighty-one Kenyan students to America for a college education.

“One of those students was Barack Obama, Senior who came to America to study economics at the University of Hawaii at Manoa. There he met and married fellow student Stanley Ann Dunham. On August 4, 1961, they gave birth to a son, Barack Obama Junior. And the rest is history,” she concluded.

Many of Poitier’s best-known films explored racial tensions as Americans were grappling with social changes wrought by the civil rights movement.

In 1967 alone, he appeared as a Philadelphia detective fighting bigotry in small-town Mississippi in “In the Heat of the Night” and a doctor who wins over his White fiancée’s skeptical parents in “Guess Who’s Coming to Dinner.”

However, one of the momentous events in his life was when he played Norman Jewison’s “In the Heat of the Night,” which gave Poitier his most enduring role.

He played Virgil Tibbs, a homicide detective passing through Mississippi when he is detained by a bigoted White police chief (Rod Steiger) as a possible suspect in a slaying. Tibbs reluctantly agrees to stay and help solve the case, and the two men eventually find a grudging mutual respect.

The movie gave Poitier his most famous line — “They call me Mister Tibbs!” — an indignant cry for respect after a demeaning slur by Steiger’s character.