How 16-year-old Ondo student died after jumping through window 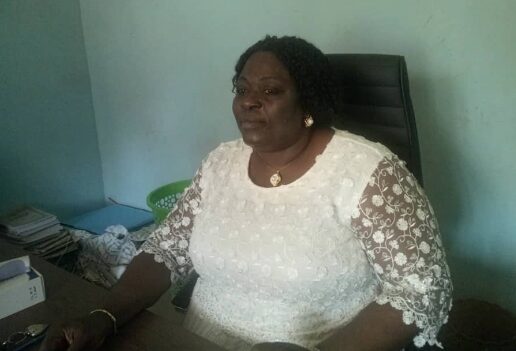 Principal of CAC Grammar School, Akure, Ondo State, Mrs. Oluwapelumi Adetimehin: narrates how Master Emmanuel Ojo, a 16-year-old JSS 3 student of the school allegedly died after sustaining a blow to the head when attempting to jump through a classroom window.

The Principal of CAC Grammar School, Akure, Ondo State, Mrs. Oluwapelumi Adetimehin, has narrated how Master Emmanuel Ojo, a 16-year-old JSS 3 student of the school allegedly died after sustaining a blow to the head when attempting to jump through a classroom window.

Mrs Adetimehin spoke when Ondo State Commissioner for Education, Science and Technology, Mr Olufemi Agagu, visited the school to condole with the students and staff over the death of the student.

Adetimehin, who narrated what transpired before the sad occurrence, said that the school authorities made efforts to save the life of the promising student.

She said the deceased, aged 16, was hale, hearty and bubbling with life when he resumed at the school on Tuesday, but began to complain of headache shortly after the Principal’s test.

Adetimehin said accounts by eyewitnesses indicate that the deceased initially sat quietly among his classmates for a while until they began to play around.

The principal said that he later attempted to jump through the window, but hit his head against the post and collapsed hitting his head on the concrete floor.

According to Adetimehin, the colleagues of the deceased raised the alarm that attracted all and she immediately rushed him to the school’s clinic, but was advised to take him to the teaching hospital in Akure.

“The school management immediately rushed him to the University of Medical Science Teaching Hospital, Akure, where he was pronounced dead on arrival,” the principal said.

The commissioner also sympathized with the management and students of the school and asked them to take consolation in God as the giver and taker of life.

He also visited the family of Pastor Joshua Ojo over the death of his son, Master Emmanuel Ojo.

Agagu, who was accompanied on the visit to the family by Mrs Lola Amuda, the Permanent Secretary and other officials of the ministry, on Wednesday in Akure, urged the family to take solace in God.

The commissioner said that the ministry was really pained by the death of the student and prayed that God shall comfort and strengthen the bereaved family.

In his response, the father of the deceased, Ojo, described the incident as a cruel blow of fate on the family.

The bereaved father rhetorically asked “but can I query God why He allowed it to happen to him.’’