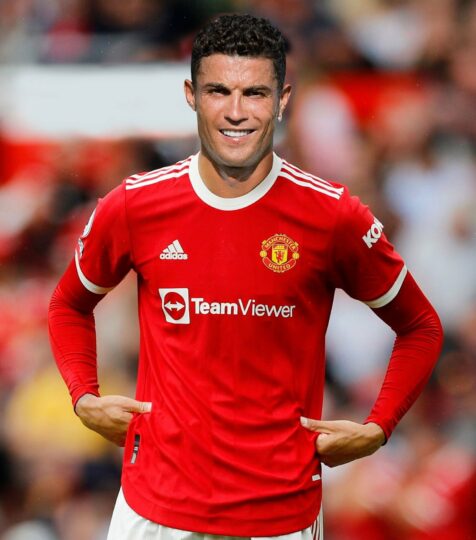 Cristiano Ronaldo has declared that he won’t ‘accept’ Man Utd finishing below third place in the Premier League this season.

This is as the club sit at number seven after enduring a disappointing campaign from Ole Gunnar Solskjaer days down till Ralf Rangnick era.

Rangnick, has, however steadied the United ship since he took over with four wins from seven games  and three goals conceded. However, they sit 22 point behind league leaders, Manchester City.

During an interview with SkySports today, Ronaldo said “In my heart, I don’t accept that our mentality be less than being in the top three [Premier League clubs].

“I think to build up good things, sometimes you have to destroy a few things. So why not – new year, new life and I hope that Manchester [United] can be the level that the fans want. They deserve that.

“We are capable of changing things now. I know the way but I’m not going to mention it here because I don’t think it’s ethical on my part to say that. What I can say is we can do better – all of us. Manchester [United] belongs to important things, so we have to change that.

“I don’t want to be here to be in sixth place, or seventh place, or fifth place. I’m here to try to win, to compete. I think we compete but we are not yet in our best level. But we have a long way to improve and I believe if we change our mind, we can achieve big things.”