Andriy Shevchenko booted out of Genoa 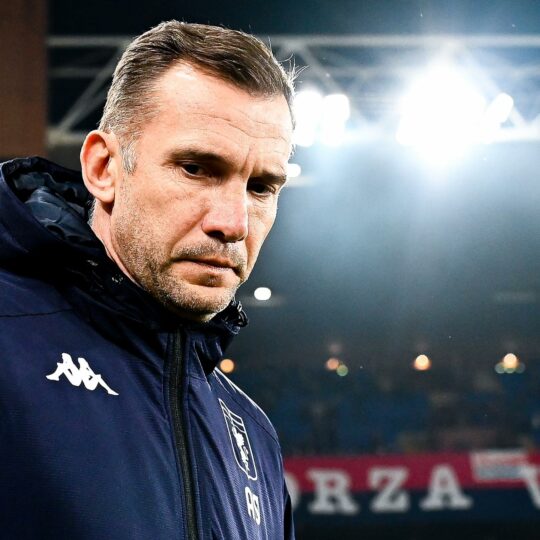 Genoa have sacked their manager Andriy Shevchenko after three points in nine Serie A games since he arrived to replace Davide Ballardini.

A statement from the club reads:

“Genoa Cfc informs that technician Andriy #Shevchenko has been lifted from the charge. The Club thanks the coach and his staff for the hard work they have done during these months.”

Genoa are now in a worse state than when Shevchenko took over on November 7.

The club slipped from 17th to 19th, after taking just three points from the 27 available.

Although, the fixture list has not been kind. Genoa has faced second-placed Milan, also faced Roma, Juventus, Lazio and Atalanta – all top-eight teams – since Shevchenko’s arrival.

However, Shevchenko is also expected to feel short-changed after his removal.

He agreed to take over mid-season on the understanding that money would be invested in the squad in January by the club’s new owners, 777 partners, a US-based investment firm.

So for him to be removed now would be incredibly frustrating, particularly as he was hopeful that his employers would bring in players more suited to his preferred 4-3-3 formation.

His critics would argue, though, that Shevchenko has failed to prove himself worthy of significant financial backing.

On his watch, Genoa have kept just two clean sheets in Serie A and, even more damningly, scored only three times in nine outings.