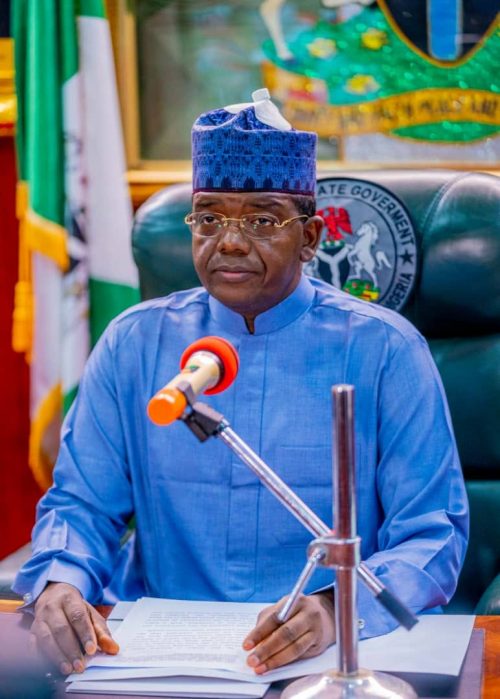 Addressing State House correspondents after the meeting, the governor assured that the state would soon overcome its security challenges.

These, according to him, are the assurances he got from the president.

He explained that new measures will be applied towards finding a lasting solution to the insecurity problem troubling the State.

“Whenever I initiate an action, I usually inform the President and I have been getting support from him.

“So, now I have come up with another solution and I have informed him but cannot disclose the details because details about security issues are not made public.

“But I assure the people of Zamfara that they will see changes very soon because the President is committed to finding a solution to this problem of insecurity and I assure my people that we have all it takes to fight these people.

“The President has motivated me and when I go back to Zamfara, I assure you, the people will see changes between now and Wednesday because I know what we discussed and I know what is going to happen within this period

“And my people will be happy with the action that the Federal Government is going to take on this issue of insecurity very soon.”

According to the governor, the State government is doing its best to unravel those collaborating with bandits and other criminals to cause mayhem in the State.

“I assure you they will be fished out and we will deal with them accordingly,” he stressed.

“Already, I have cleared the air about the figures. Because I have seen some reporting that 200 people, 300 people, 500 people were killed.

“But I went to the community myself with the security agencies. First, we went to Bukuyyum and we confirmed from the Emir that it was only 36 people were killed and two communities were razed by these bandits.

“And when we went to Anka, we met the Emir, at the time we met him, and he gave us a list of 22 people that were killed, making the total number of 58 people killed.

“58 people have been killed. But some people will just go to social media and be writing some figures and I have informed Mr President of some people who think that with this insecurity they can achieve something out of it.

“I wonder how people will just be writing figures without having genuine information from those communities.

“Someone will just call media personnel and tell him that look so several people have been killed in so place,” he said.