Poroshenko to remain free ahead of treason trial 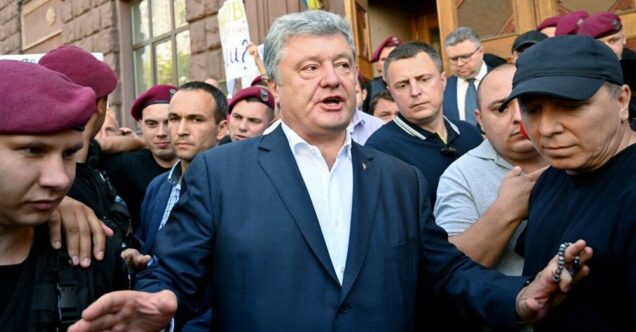 Kiev court on Wednesday ruled that former Ukrainian president Petro Poroshenko is to remain free in the run-up to his trial for treason.

The judge nevertheless imposed reporting requirements on the former president and ordered the revocation of his passport.

The conditions apply for two months initially, after which they can be extended by the court.

Poroshenko stands accused of doing business deals with Moscow-backed separatists in the Donbas region of eastern Ukraine during his time in office.

According to reports, contracts to supply coal worth almost 100 million euros (113 million dollars) were agreed, though considerably less money was said to have flowed into Ukrainian coffers.

Investigators in the case alleged that Poroshenko acted in Russian interests, despite Ukraine effectively being at war with its eastern neighbour.

Poroshenko, who was Ukraine’s president from 2014 to 2019, rejected all the allegations against him and described the trial as a politically motivated one that would continue despite the court’s decision.

“The revocation of my passport hinders my political activity,” Poroshenko said. If convicted, he could face up to 15 years in prison.

Poroshenko returned to Ukraine on Monday after a long absence from the country.

Many believed the millionaire chocolate magnate would be arrested as soon as he arrived in Kiev, and hundreds turned out at the airport to show their support.

Should he decide to run again, Poroshenko would be likely to face a fresh run-off with his successor Volodymyr Zelensky, to whom he lost the 2019 election, according to current polls.

However, Zelensky has yet to say whether he would seek re-election in 2024.