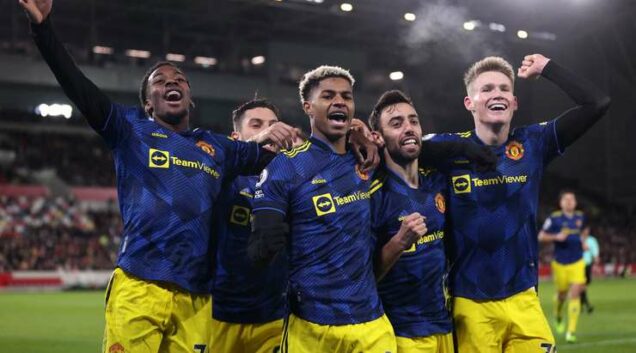 Manchester United are back to winning ways as they bashed Brentford 3-1 away from home on Wednesday.

United dominated play, but they did not get to score all through first half.

Anthony Elanga put the visitors ahead on 55 minutes, after burying a close-range header in the right side of the goal after a good run and cross by Fred.

Bruno Fernandes had put the ball on a plate for Greenwood, who scored with a simple close-range finish.

Bruno Fernandes produced a great pass that found Rashford inside the penalty area, who took advantage of the situation to rifle a shot into the top right corner.

Brentford pulled one back on 85 minutes. Ivan Toney was in the right place at the right time to get to the rebound inside the box and gleefully rifled the ball low inside the left post.