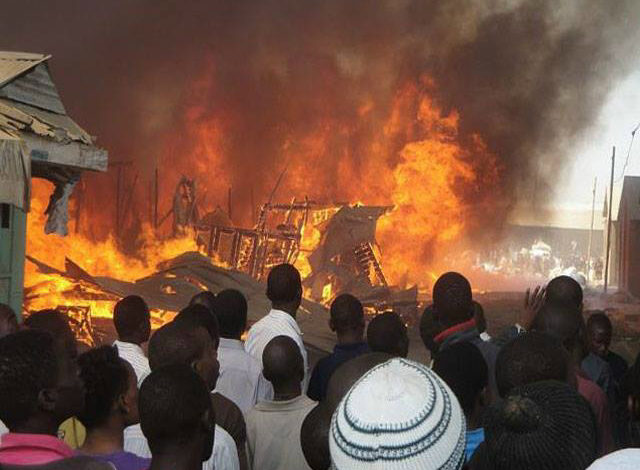 An inferno has razed shops at the new Lafia Motor Park, Nasarawa State, destroying goods worth millions of naira.

A NAN correspondent who visited the scene of the incident learnt that the fire started on Friday night and lasted till the early hours of Saturday.

It took the personnel of the Fire Service in the state several hours to put out the fire.

Speaking on the incident, the State Coordinator of Fire Service, Mrs Hanatu George, said they got a distress call on Friday night and responded immediately.

George, however, said that although no life was lost, an investigation had begun to ascertain the cause of the fire.

One of the victims of the fire disaster, Ejike Igwe, a car spare parts seller, said his entire shop was razed by the inferno.

Igwe, who said he could not quantify his goods lost to the fire disaster, appealed for assistance from spirited Nigerians.
.