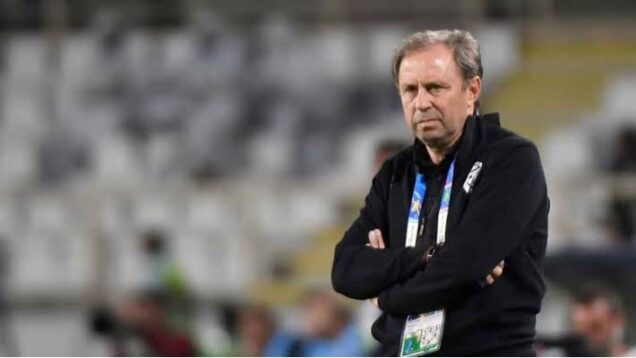 Milovan Rajevac, coach of the Black stars of Ghana has been fired by the Ghana FA on Saturday.

His sack comes four days after Ghana’s exit from the African Cup of Nations (AFCON) in Cameroon, the country’s worst AFCON outing ever.

The four-time AFCON champions managed to pick just a point in the competition in Group C with Morocco, Gabon and Comoros.

Ghana lost to Morocco and debutants Comoros in the group stages to exit the competition.

The Ghana FA and the technical team led by Coach Milovan Rajevac came under intense pressure after the exit with calls from the fans for the team to be dissolved and coach sacked.

According to exclusive report by Ghanasoccernet, the country’s sports minister ordered the overhaul of the teams back room staff after a meeting between the Sports Ministry and the Ghana Football Association on Friday.

The Ghana Football Association is expected to release a statement on the shocking development soon.