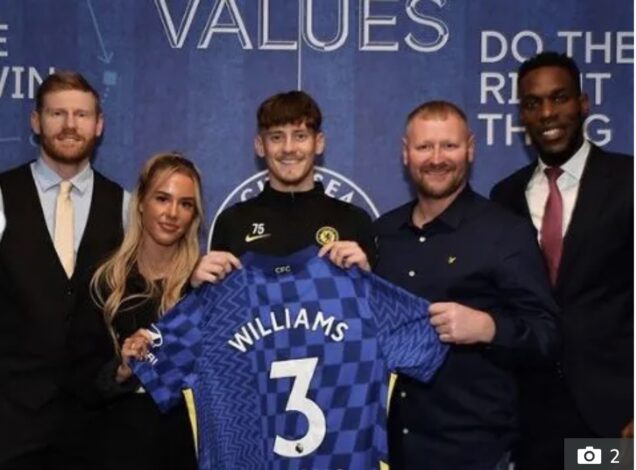 In a tweet on Monday, the Wayne Rooney coached side said: “We’re wishing Dylan Williams every success in the next stage of his career as he leaves us to join @ChelseaFC.

“All the best for the future, Dylan!”

Chelsea have not confirmed the signing of the 18 year-old left-back, but local papers published Dylan’s photographs signing for Chelsea.

He will be the first Chelsea signing in the winter window.

Derby fully announced the youngster’s departure on their website:

The second-year scholar, who turned 18 in December, has joined the reigning UEFA Champions League holders after an undisclosed agreement was reached by the two clubs.

Williams, at the age of just 16, was the youngest player to start in the Rams’ Emirates FA Cup Third Round tie at Chorley just over a year ago on what was his professional debut.

A mixture of Under-23s and Under-18s players from the Academy stood up to the challenge after the first team squad were forced to self-isolate under COVID-19 protocols.

Williams made the step up to the first-team fold at start of the current campaign, initially in the Carabao Cup, and went on to record eight appearances in all competitions.

Everyone at Derby County would like to wish Dylan every success in the next chapter of his career at Chelsea and in the future.