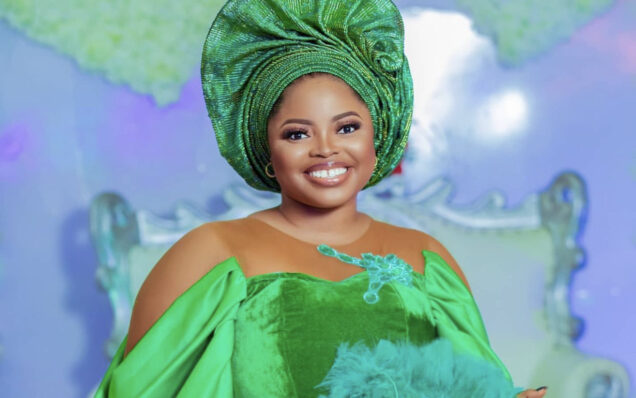 Nollywood actress Juliana Olayode popularly known as Toyo Baby has called out Pastor Timi Adigun of The Ark Church and the coordinator of MINE Teenage Ministry, asking him to release the passwords to her social media pages.

The actress shared a lengthy video on her Instagram page in which she narrated her alleged ordeal with the man of God after their 2020 social media drama.

In the video, the actress claimed her Facebook password is with Adigun alongside passwords for some other pages.

The actress said she recently got a text from an individual who asked about her relationship with Timi Adigun and she immediately placed a call seeking to know the intentions of the guy.

Juliana claimed that the guy alleged that her Facebook page was unpublished by an individual identified as Timilehin Adigun.

According to her, the information made her furious and she went on to recount how she should have retrieved the passwords in 2020 but only backed down due to the intervention of people around her.

Juliana equally claimed that at a point in time, the clergyman impersonated her on Facebook and uploaded a picture of him and his wife.