Queen blocked me on social media after BBNaija - White Money 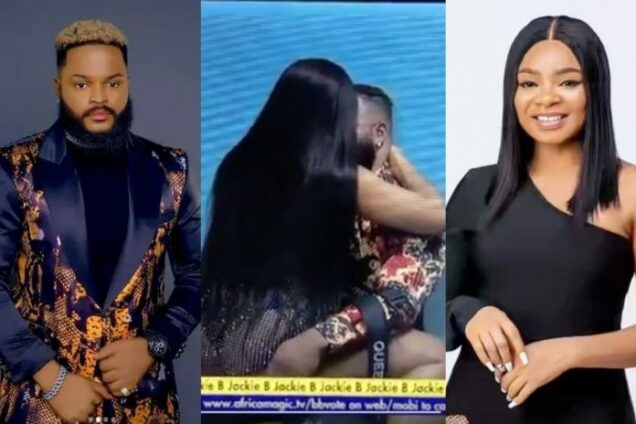 Queen blocked me on social media after BBNaija -White Money

White Money, the winner of the 2021 Big Brother Naija with real name Hazel Oyeze Onoduenyi, said one of his colleagues in the ‘Shine Ya Eye’ house, Queen, blocked him on social media in November after the show ended.

He said, “I have not seen Queen for a long time because she blocked me. I think it was a mistake and she didn’t know. That day, I was about to board a flight and she dropped a message. That particular line, I took off my profile picture…you know when you block someone, you won’t see their profile picture.

“We spoke a day before the incident. I think she had issue with someone from my fanbase…they were exchanging words. So, it appears she was trying to reach out to me to call that person to order.

“While she was doing that, I couldn’t pick because I was already airborne. Immediately I boarded the plane, I took off my profile picture, then her message dropped but it only ticked once.

“So, she thought I blocked her and also blocked me everywhere. Na phone she block, no be destiny, it’s funny to me, she has my second line but didn’t bother to call. We’ve not spoken since then but I believe we’ll resolve it.”

White Money and Queen’s closeness had made many believe they were in a relationship while in the ‘Shine Ya Eye’ house.

However, the latest development showed that they are now far from being friends.